Oculus Rift VR headset has earned good popularity among the people. And all those who consider it to be gaming-centric, the company is launching two new features for the Samsung Gear VR headset to encourage users to interact with one another in a virtual hangout. Facebook-owned Oculus has unveiled Parties and Rooms for Gear VR. The feature aims at encouraging users to interact with one another in a virtual space. The first is called Parties and is a simple chat system. This lets you jump into a voice call and talk with others. The second feature is called Rooms which offers a completely new way of interacting with others. The company also announced that support for live streaming from VR headset is coming.

Parties feature allows you to have a multi-party voice conversation whether you are playing a game, watching a movie or just relaxing. With Parties, you can message and connect up to eight people for a voice chat.

Rooms is a digital lounge where up to four people can come together and watch videos, play games or use any apps. It is a space where you can virtually hang out with your friends. You can have a custom avatar and you can move around the lounge as you like. The system does a good job of providing avatars and you will also see others’ heading moving when they look towards you. This has been done to offer a realistic experience. You can watch videos together and it also has a games table where you can select simple games to play together. Then, there’s an app area where any game or social experience can be unloaded. 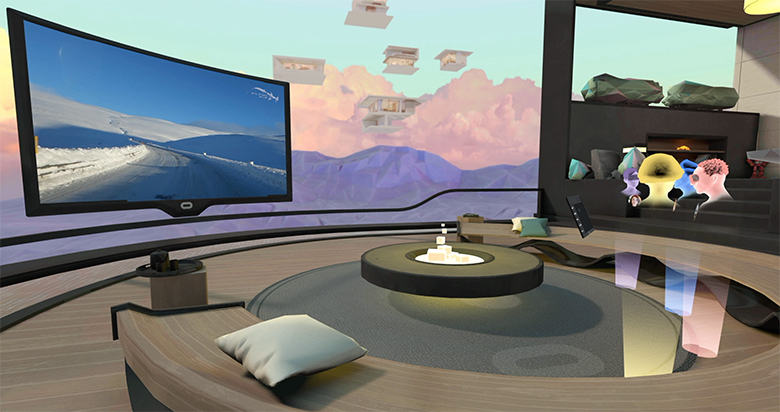 Oculus is developing its own social virtual reality experiences with Facebook giving it a big push.