Fitbit has revealed its latest smartwatch called Ionic for the price of $299.95. The new health and fitness tracker comes with smartwatch features to compete with Apple Watch Series 2 that starts at $369. Fitbit Ionic is now available for pre-order and ships in October 2017. It is build on Fitbit Blaze with a new operating system and richer fitness platform. The smartwatch packs in GPS, third-party apps, NFC payments in addition to superior battery life.

Fitbit Ionic is the most modern device featuring colorful LCD touchscreen. You get a brilliant display and it features a unibody design made from aerospace-grade aluminum. It is a gorgeous smartwatch with 1.42-inch display and resolution of 348 x 250 pixels. The device features a square, angular design and offers good comfort to the wearer. 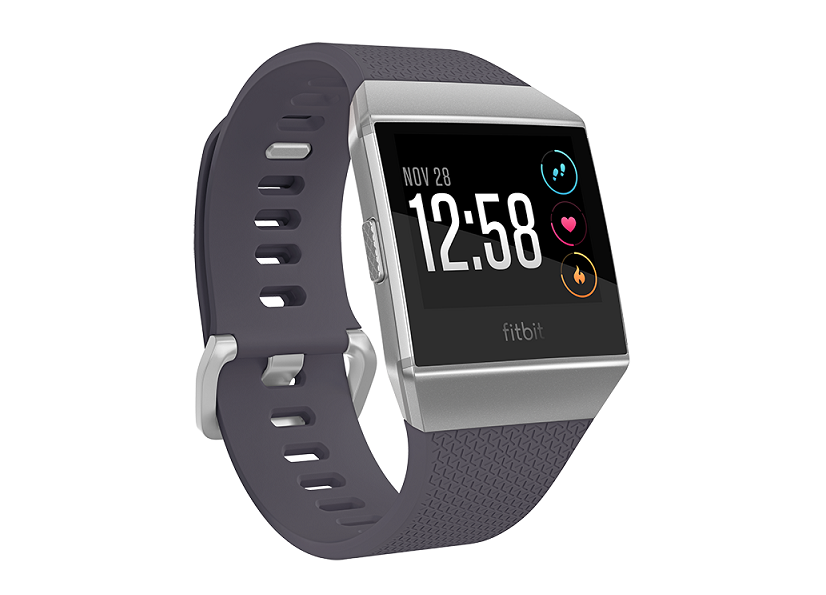 Of course, the smartwatch offers you the standard step count, calorie burnt and heart rate tracking features. Fitstar has now been rebranded as Fitbit Coach and offers you guided workouts on your watch. There’s a dynamic coaching feature as well that asks you how challenging you found your workout. The smartwatch supports a variety of exercise tracking such as biking, swimming, treadmill, weight lifting and many more. Then, there’s an auto detect feature as well. On the back, it houses a green optical sensor for heart rate tracking.

The smartwatch comes in three color variants: blue gray band with silver case, charcoal band with graphite gray case and slate blue band with burnt orange case. In addition, there are a bunch of alternative sport and leather straps to select from. It also supports plenty of custom watch faces.

It is waterproof as well and offers you notifications for smartphone alerts. Also, Fitbit has teamed up with Pandora for on-device music streaming. Fitbit Ionic is coming with four pre-loaded apps which include Strava, AccuWeather, Pandora and Starbucks. One can also load over 300 of own tunes onto the watch. Also, more third-party apps are soon to be announced.

This flagship device comes filled with a lot of features. It enables the new Fitbit Pay service and it will be accepted anywhere Mastercar, Visa and Amex contactless payments are used. With Fitbit Ionic, you get an updated heart rate monitor, a new SpO2 blood oxygen sensor and onboard GPS as well as NFC. 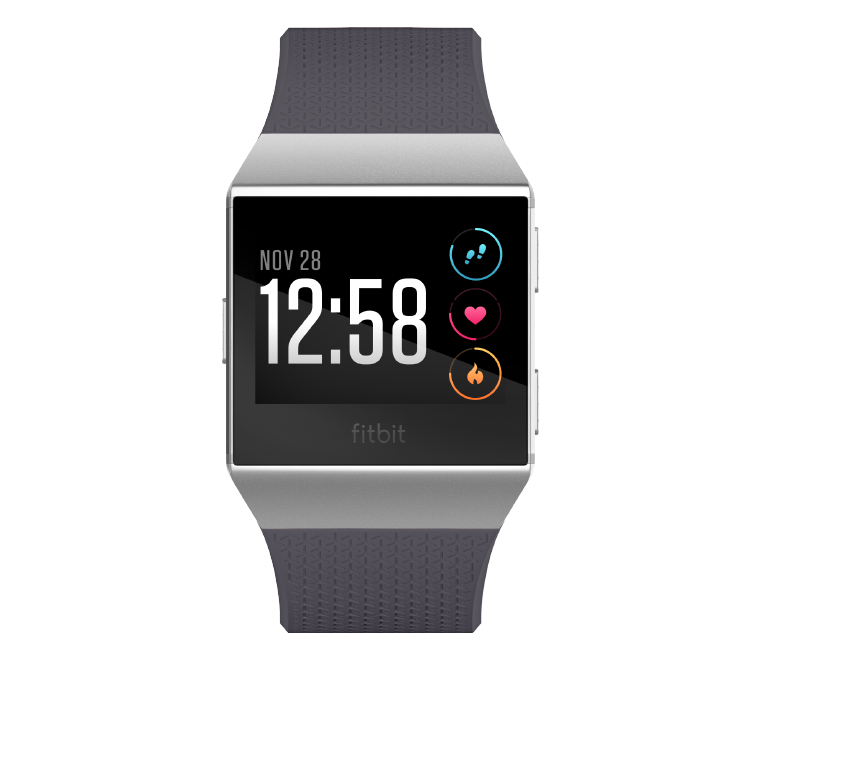 A quick look at specifications of Fitbit Ionic:

What are your initial thoughts about Fitbit Ionic smartwatch? Let us know in the comments!