Huawei is currently the world’s third biggest manufacturer of smartphones for a number of good reasons. The company is known for providing innovative products and continuously works to improve its smartphones. The brand is popular all across the world and their fantastic Leica-branded dual-camera hardware has won great recognition. The latest one to join the league is the Huawei Mate 10. According to the latest leaks, we are going to see both Huawei Mate 10 and Huawei Mate Pro. These flagship products are to feature Porsche Designs. It is all set to launch on October 17.

If the rumors are to be believed, Huawei Mate 10 will feature EntireView display and may not feature edge-to-edge design. This is one of the standout features of the Pro model and the Huawei Mate 10 may include a more traditional design like Huawei Mate 9. It will feature a bezel-less 6.1-inch display and this makes the smartphone look slimmer and longer. As far as the resolution is concerned, it will be 1080 x 2160 pixels and is expected with a 3D dual sensing camera. Under the hood, it is powered by HiSilicon Kirin 970 chipset. It includes 6GB of RAM and 64GB of inbuilt storage. It runs Android 7.1 Nougat operating system.

The main camera on Huawei Mate 10 is a 20MP shooter with auto focus, face detection, panorama mode, touch focus, digital zoom, video recording and more. The front camera is expected to be 8-megapixel for selfies and video calling. According to the sources, it will have a rear-mounted fingerprint scanner at the front. The latest leak to join the smartphone rumors is that the Huawei Mate 10 has an internal codename dubbed Marcel. The report says that it will have a 4000mAh battery with fast charging support. We are also expected to see a lovely brushed metal texture on the rear panel. 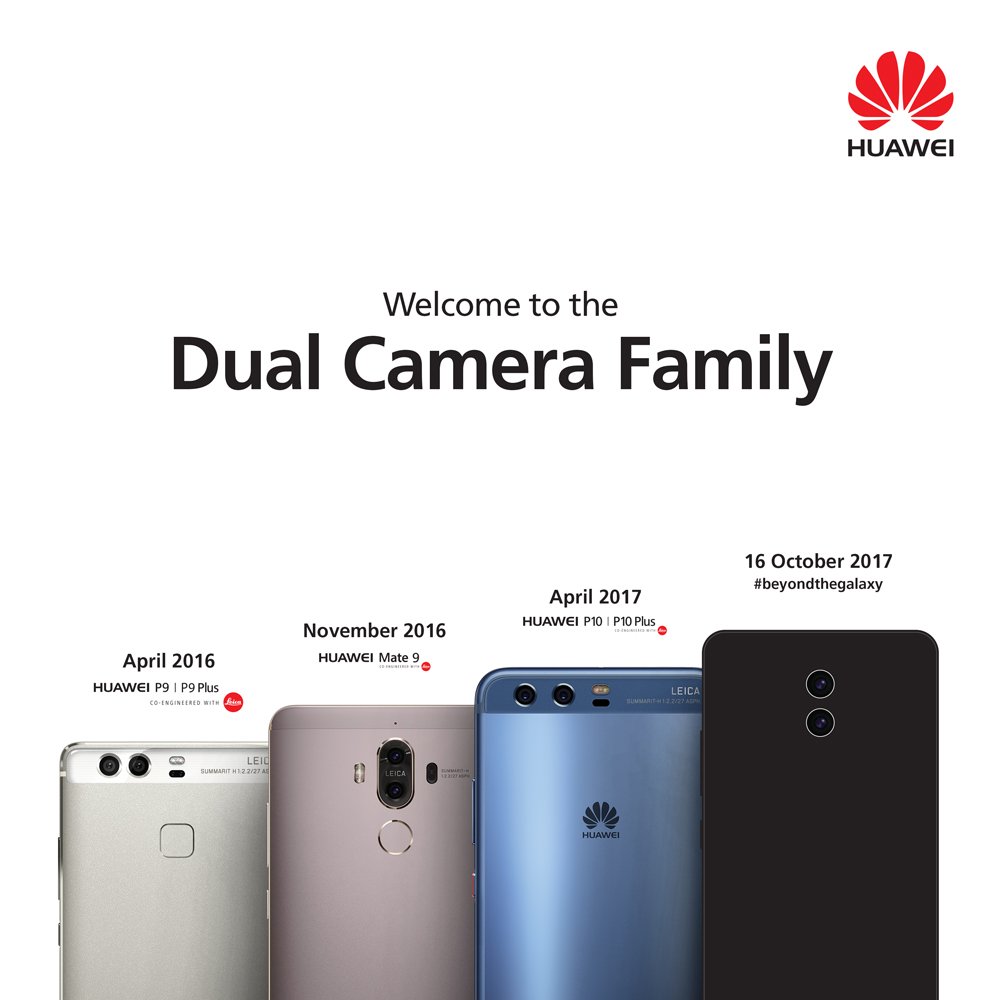 It is going to compete against the likes of Galaxy Note 8 and upcoming smartphones like Google Pixel 2 XL. As far as the pricing is concerned, it is not going to cheap. The flagship should retail for around $1100.

Do let us know your thoughts about the upcoming phablet from Huawei in the comments section below.