Microsoft has announced the new, highly anticipated Microsoft Surface Pro 4 at the Windows 10 Devices Event on October 6. Surface Pro 4 has a lot to offer.

The new Surface Pro 4 is the 4th generation of company’s own tablet lineup. It starts at $899 and pre-order begins on Wednesday with shipping commencing from October 26.

It comes with a 12.3 inch (2736 x 1824 pixels) PixelTouch display with 3:2 aspect ratio. The display is protected by Corning Gorilla Glass 4. The screen has a resolution of 267ppi and the Gorilla Glass is the thinnest ever on the tablet, at 0.4mm. Microsoft Surface Pro 4 display is larger, thinner and packs a bigger screen into a smaller device as compared to Surface Pro 3. The brightness, contrast and touchscreen response have been improved. 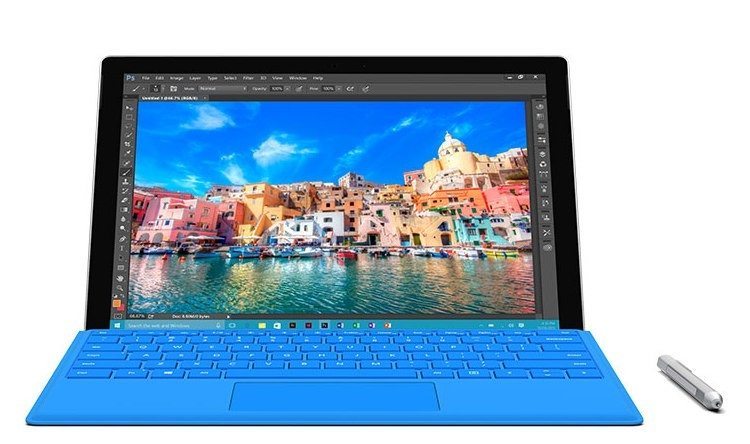 With Microsoft Surface Pro 4, there comes a stylus too which the company is calling as Surface Pen. It has 1024 levels of pressure sensitivity and a new eraser top. Tapping the eraser once launches OneNote, twice saves a screenshot and pressing and holding launches Cortana. The pen comes in five colors: silver, gold, red, blue, and black. It is included with Microsoft Surface Pro 4 while existing Surface owners can get it separately for $59.99.

The new Surface Pro 4 features an improved Type Cover with a larger glass trackpad and key backlighting. This type cover comes with more spacious keys on the keyboard. It is lighter, thinner and sturdier than Surface Pro 3.

Memory options include 4, 8 or 16GB of RAM and up to a whopping 1TB of SSD storage. The display supports ten-finger multitouch and there’s a single USB 3.0 connector for expansion. Microsoft says that Skylake chip helped to improve the battery life and it lasts nine hours. Surface Pro includes a 8MP rear camera and 5MP front camera. 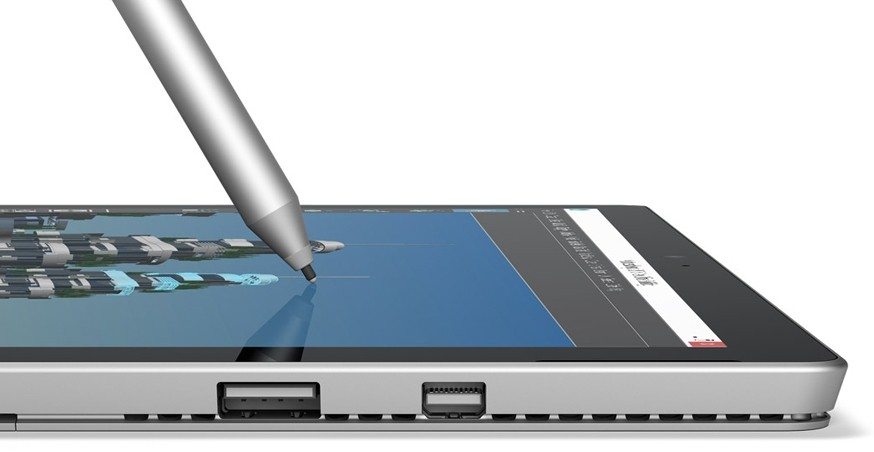 Surface Pro docking station is the new accessory that connects with a cable and pumps out 4 USB 3.0 ports, two 4K DisplayPort connectors, and Ethernet. It comes with same array of physical ports as its predecessor: USB 3.0, microSD card reader, 4-pole headset jack, Mini-DisplayPort and Type Cover port. It also comes with accelerometer, and gyroscope, as well as Wi-Fi 802.11ac and Bluetooth 4.0. 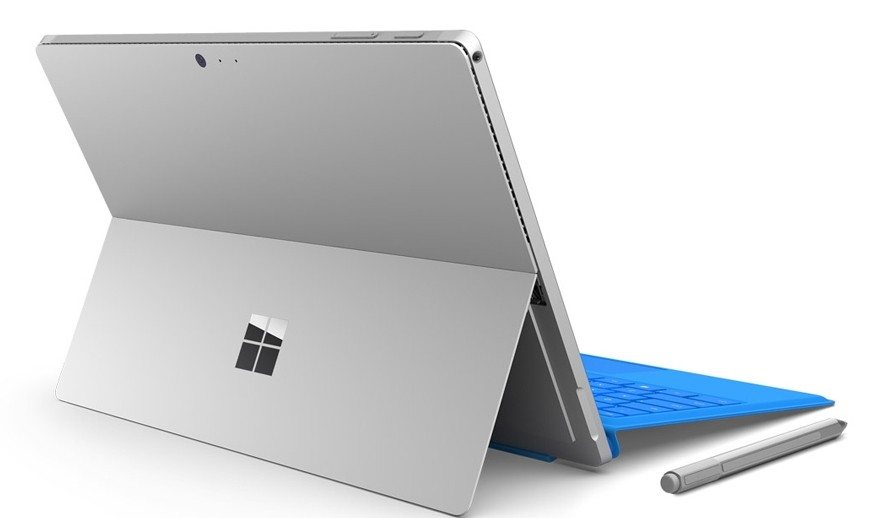 The pre-order starts October 7 at $899 while sale starts from October 26.In addition to Surface Pro 4, Microsoft has also unveiled its first-ever laptop Surface Book, Lumia Smartphones and Microsoft Band 2.

Are you excited about the release of Microsoft Surface Pro 4? What features do you admire the most in a tablet? Share your thoughts with us in the comments.