After months of rumors and leaks, Samsung Galaxy Note 8 goes official. It comes in Maple Gold, Deep Sea Blue, Orchid Grey and Midnight Black color variants. It is available for pre-orders in USA and shipping starts on September 15. Those who pre-order the phone will get a Gear 360 camera or a charging bundle at no price. Here, we pay a close look at its features:

Samsung Galaxy Note 8 sports a 6.3-inch QuadHD+ AMOLED infinity display with resolution of 1440 x 2560 pixels. It features curved-glass display and 2:1 aspect ratio. Under the hood, it is powered by Qualcomm Snapdragon 835 SoC along with 6GB of RAM. It packs 64GB of internal storage and also includes support for microSD card. The smartphone runs Android 7.1.1 Nougat operating system. It also comes with IP68 water and dust resistance. 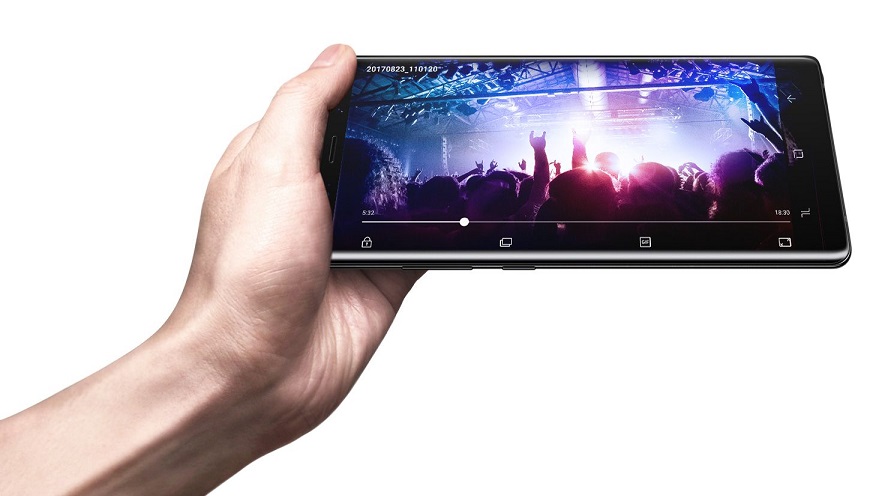 In terms of optics, Samsung Galaxy Note 8 includes dual 12-megapixel rear cameras with optical image stabilization on both f/1.7 wide-angle lens and f/2.4 telephoto lenses with 2x optical zoom. It comes with useful features such as touch focus, face/smile detection, auto HDR, panorama and more. The camera is capable of recording 2160p videos at 30fps and 1080p videos at 60fps. The dual rear camera should ensure crisp and non-blurry images. This is the first time that a flagship Smartphone from Samsung has included the latest photographic technology. At the front, the smartphone includes 8-megapixel sensor with f/1.7 aperture. It comes with autofocus and auto HDR features. The front camera is also capable of recording 1440p videos at 30fps.

The smartphone is backed by a big 3300mAh battery and supports wireless charging. iPhone 8 is also rumored to include wireless charging feature. It supports NFC and MST for Samsung Pay and includes a USB Type-C port as well. It offers Bluetooth 5.0 and LTE Cat 16 connectivity features. The sensors on the phone include compass magnetometer, proximity sensor, accelerometer, ambient light sensor, gyroscope and barometer.

The smartphone comes packed with signature S-Pen accessory that allow users to communicate in more personal ways. One can use it to handwrite a message, add special effects, make animated GIFs and more. The pen gets a finer and more precise 0.7mm tip and comes with some new functionality. The new S Pen boasts 4096 levels of pressure sensitivity and is optimized for creative apps. S Pen also includes a new Live Message feature and is available across multiple messaging apps. The Live Messages becomes an animated GIF as well.

A quick look at specifications of Samsung Galaxy Note 8:

Which features do you like about Samsung Galaxy Note 8? Share with us in the comments section below.