An Intro to LG G5

LG has unveiled the first mainstream modular smartphone called LG G5. The new G5 comes with a lot of cool features including modular design, slide-out battery, fingerprint scanner and more. Let’s have a close look at its specifications.

The Modular Type design gives it the ability to transform into a digital camera, Hi-Fi player and more. The first plug-in module is the LG CAM Plus. It is a camera module that can be attached through the battery slot. This offers a comfortable grip and convenient control of a standalone camera. It features buttons for power, shutter, record, zoom, and LED indicator. 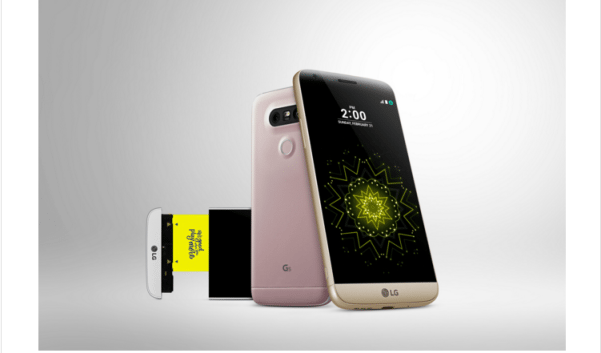 Two Cameras on the Rear

It comes with two cameras on the rear: one with standard 78-degree lens and 16MP sensor and another with a 135-degree wide angle lens and 8MP sensor. The 135-degree lens offers a viewing angle that is about 1.7 times wider than other existing smartphone cameras. Both cameras can be merged with various effects. 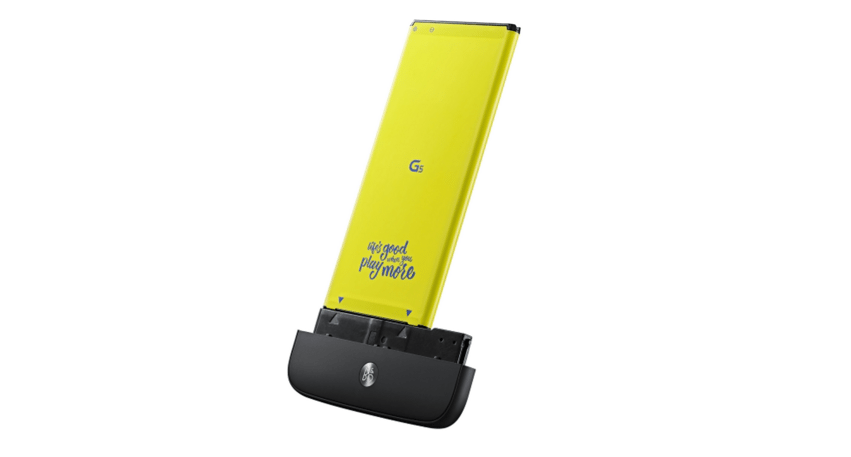 The LG G5 comes with anodized aluminum and is available in silver and gold colorways. It comes with a 5.3-inch screen with high-resolution of 2560 x 1440 displays. It is the first to have a modular design and made out of metal. It features a fluid metal body and beveled glass on the front. Also, the phone comes with always-on display just like Samsung Galaxy S7 and S7 Edge which means that you can see the time at a glance. 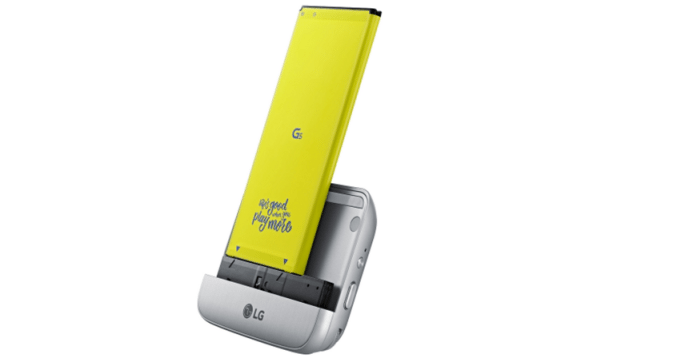 It is powered by a Snapdragon 820 chipset with 4GB of RAM. The smartphone comes with 32GB storage on board which is expandable via a microSD slot. It comes with fingerprint sensor as well. Other features include USB-C, a removable 2,800mAh battery, and 900 nits of display brightness.

The slim, uni-body metal designed smartphone is getting a lot of attention for its slid-out battery feature. This allows users to just swap the battery in seconds. LG G5 has a detachable bottom which conceals the battery. The idea behind this is that the detachable module allows you to carry a spare battery and also help you replace the battery with accessories that can add features. The LG G5 also offers Quick Charge 3.0 for incredibly fast charging.

Are you excited about LG G5 for its slide-out battery and modular type design? Let us know your thoughts in the comments.