Users will now be able to make Skype video calls in HD quality with crystal clear audio. The calls will be optimized for the device which you are using at the time of calls. Also, audio utilizes Microsoft’s SILK Super Wide Band audio codec from its cloud conferencing stack. 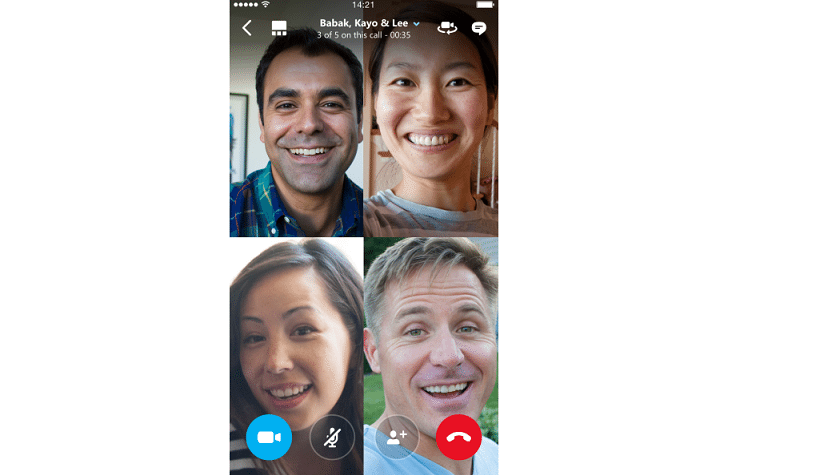 The number of video call participants has been increased by Skype from 5 to 25, letting you include more friends and family members for group calling.

To start group video calling, initiate a chat in Skype and share the unique conversation link via email, text or social networking app with the people whom you want to join the call. If they have Skype app, this link will let them join the group video call and if they don’t, clicking the link lets them join group video call on computer using Skype for web. It’s that simple and straightforward!

Skype for iPhone, iPad, Android and Windows Phone is available on the App Store for free. To access Skype video calling, download the most recent version of Skype on your smartphone or tablet.

Microsoft is not the first one to enable group video calling on mobile devices as Google Hangouts has long supported this feature for up to 10 people on the same video call. Apple has not yet enabled a similar feature for iOS.