OpenSignal is a reputed network research team and has recently released a new android app. It is called as Meteor – app speed test. It comes with a self-explanatory name and allows users to test their network speeds. Though there’s no dearth of speed testing apps, but Meteor is colorful and offers a user-friendly experience. It moves beyond the usual Mbps metrics.

When you launch the app for the first speed, a little monster guides you through the various functions of the app. There are three main tabs: Speed Test, History and Dashboard. Speed Test is where you can activate a new speed test. History tab offers you details of all previous speed tests done across mobile and Wi-Fi. Dashboard tab essentially maps out all your previous tests. It also highlights your best and worst results.

When you are done with carrying out a speed test, Meteor tells you whether those numbers are Poor, Very Good or Awesome. It shows you a list of apps and how they are performing. If you click on a specific app, it provides you a breakdown of how well it works depending on the current connectivity. It also rates the experiences that you get while using those apps on your internet connection. 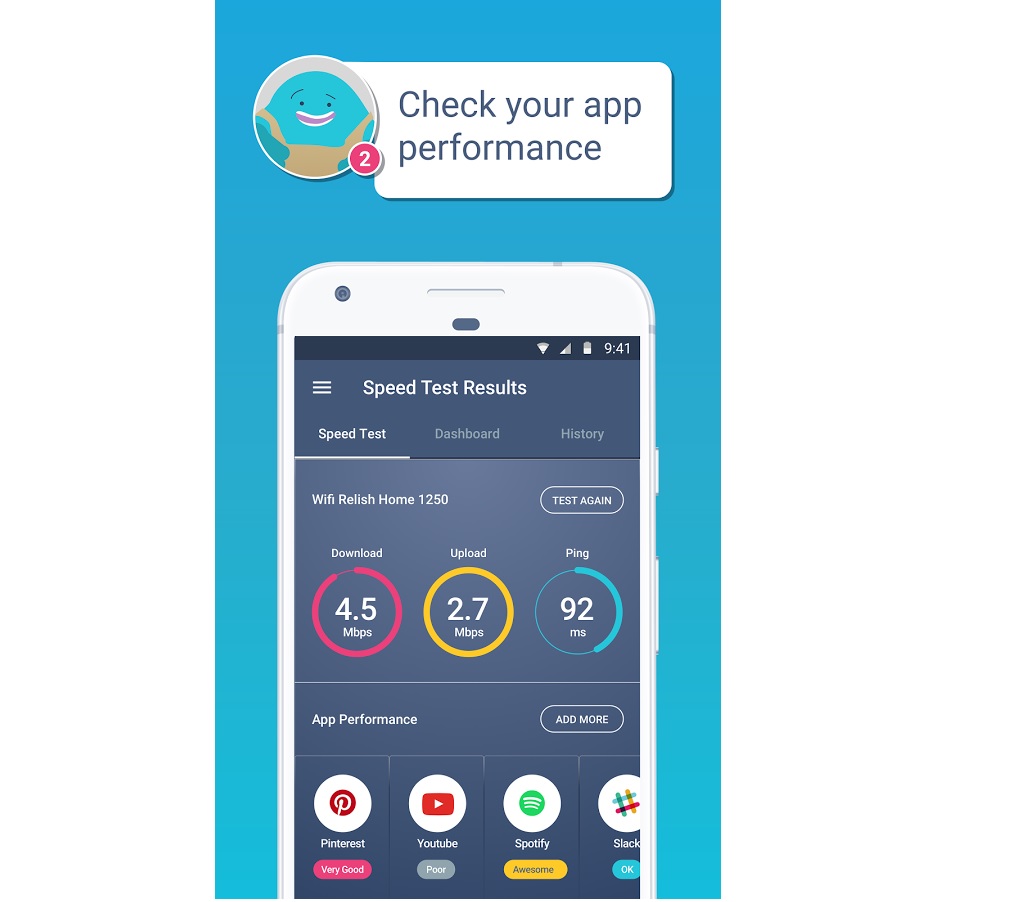 OpenSignal is a well-known android and iOS app that measures signal strength, data speeds, reliability and also offers information on where to get better phone signals. With Meteor, it allows users to know which apps work well on the speed available on their network. For most speed tests apps, it is about understanding what the connection is good for. But, Meteor goes steps forward. It lists all the apps you have installed and then will tell whether the app are good or awesome or poor on Wi-Fi or carrier network you are using. A single test takes about 10 to 15 seconds to show results. 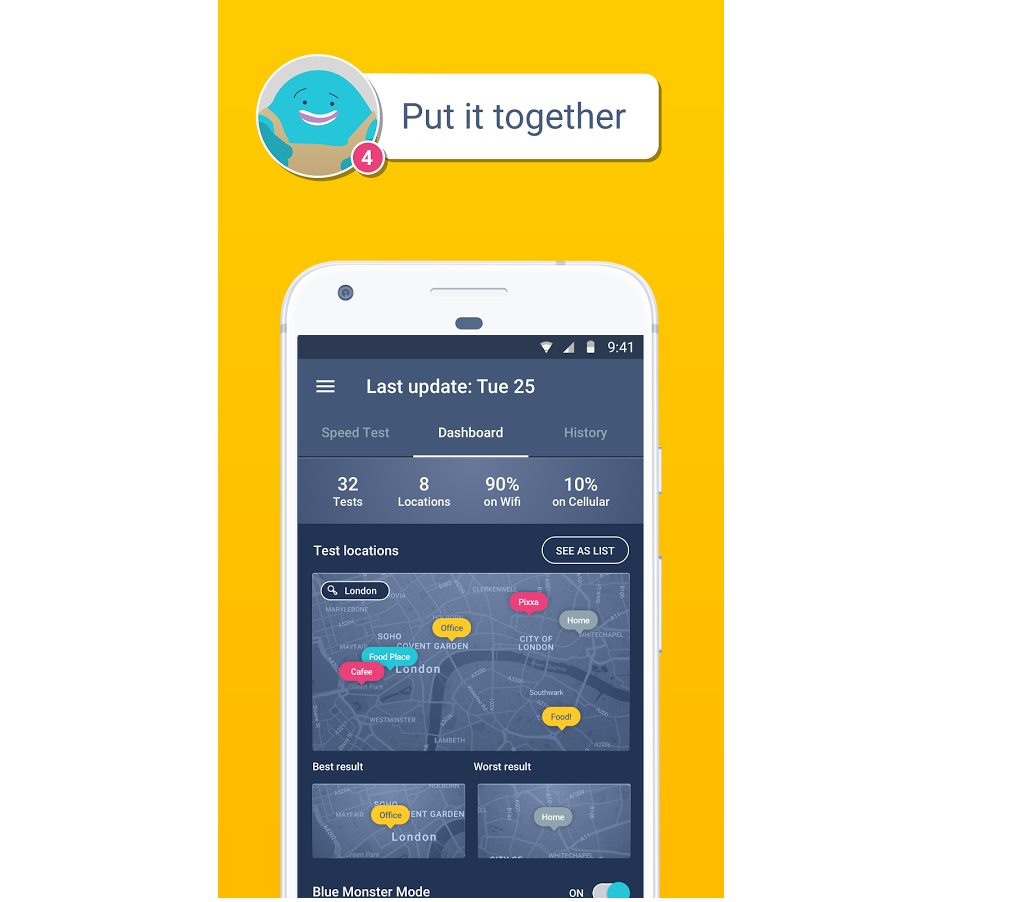 It is a beautiful app and works well with your internet connection. It features an extensive list of apps including some of the most popular android apps. These include Chrome, Dropbox, Amazon, Gmail, Skype, Instagram, Spotify Music, WhatsApp, YouTube and many more. It not only provides you the technical details of your connection speed but also tries to explain its meaning in the practical use. 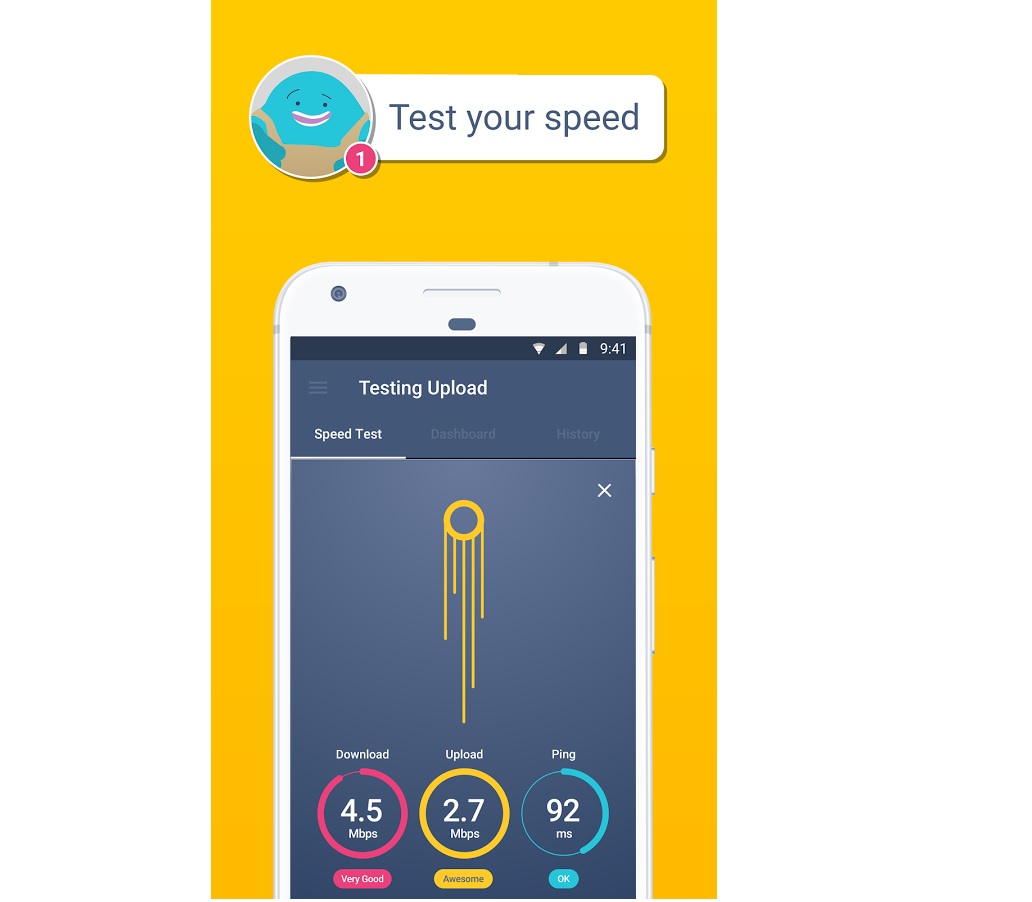 Some useful insights about Meteor:
Cost: Free
Ratings: 4.4 out of 5 stars
Publisher: OpenSignal
Requires Android: 4.1 and up
Download it

The app is available for free download at the Google Play Store and features no ads or in-app purchases.

Give it a try and let us know what you feel about Meteor in the comments!