US-based smartphone maker, Blu, has come up with another smartphone called Blu Energy XL. It’s been less than a week of R1 HD announcement, and another smartphone has been released by the company. Priced at $299, it is available for purchase exclusively via Amazon.com. The smartphone comes with support for 4G LTE and the biggest highlight is the huge 5,000mAh battery which also supports wuick charging.

Announcing the new smartphone, Samuel Ohev-Zion, CEO Blu Products said, “The Blu Energy XL offers everything someone can ask for in terms of specs and performance in a high-end smartphone. All while resolving the single biggest problem smartphone user’s face today, which is battery life.”

Let’s check out its features:
Buy this Smartphone 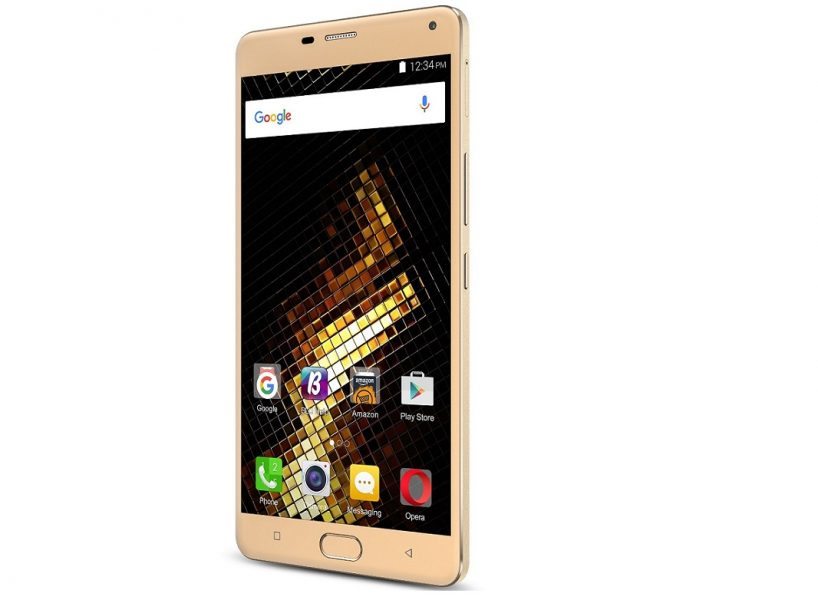 The Blu Energy XL features a large 6-inch display having resolution of 1920 x 1080 pixels. The display comes with Gorilla Glass 3 coating, capable of producing 367ppi. It is powered by MediaTek 6753 octa-core processor running at 1.3GHz coupled with a Mali-T720 GPU. It is backed by 3GB of RAM and 64GB of internal memory which can be further expanded. The smartphone ships with Android 5.1 Lollipop but the company says an Android 6.0 update will be available before the end of the year.

Here comes the most prominent feature of Blu Energy XL. The smartphone lives up to its name and comes with a massive 5,000mAh battery. It also supports quick charging and a 10 minute charge offers up to four hours of talk time. The company claims that one can get a 15% charge in 10 minutes or a 43% charge in just 30 minutes by charging via the included quick charger. With Blu Energy XL, owners will enjoy about three days of run time when using the phone as they normally would and a great 30-day standby time when not using the handset. 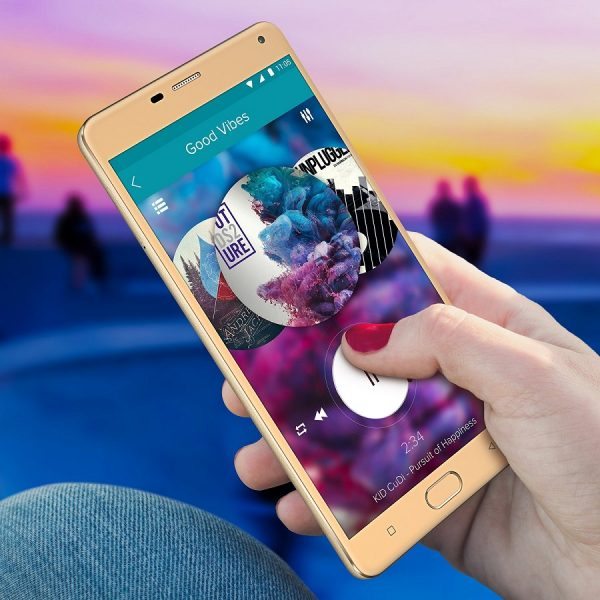 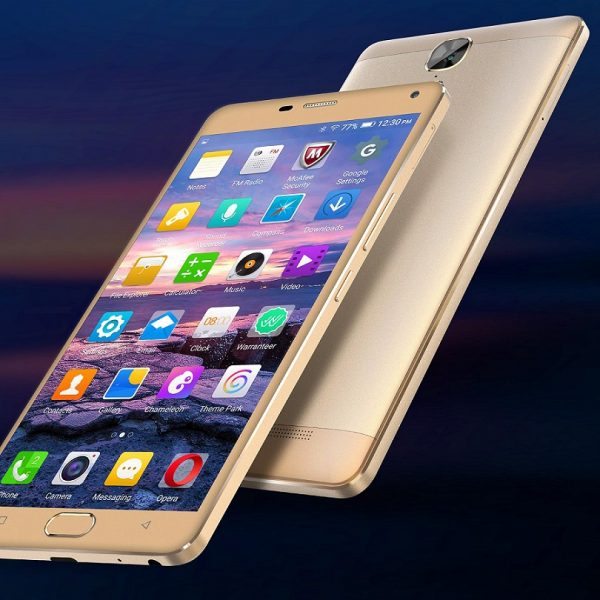 The smartphone comes with 4G with VoLTE, Wi-Fi, Bluetooth 4.0, GPS/AGPS, GPRS/EDGE and USB Type C connectivity options. It features a fingerprint sensor as well. Blu Energy XL is unlocked but can only be used on AT&T and T-Mobile’s LTE networks in the US. It comes in full gold or white-silver colors. 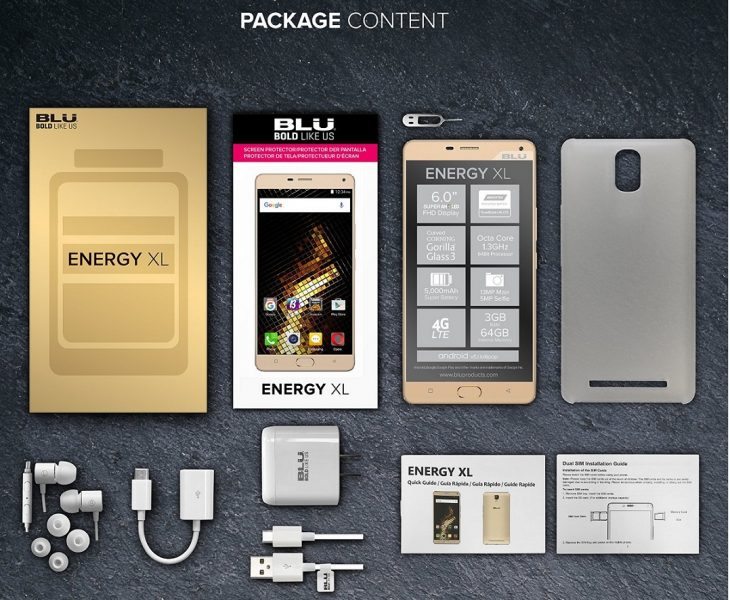 Here’s a comparison of Energy XL with recently released smartphones with similar set of specifications:

Do you like the Blu Energy XL 6-inch smartphone? Are you going to purchase it? Share your views with us in the comments.