Just after a week of ZTE Nubia Z11 launch, the company has come up with another smartphone. Called ZTE Nubia N1, the smartphone comes in gold and silver color variants with price tag of CNY 1,699. The device comes with solid mid-range specs and the company will soon start selling it on its official store. Let’s have a look at its features: 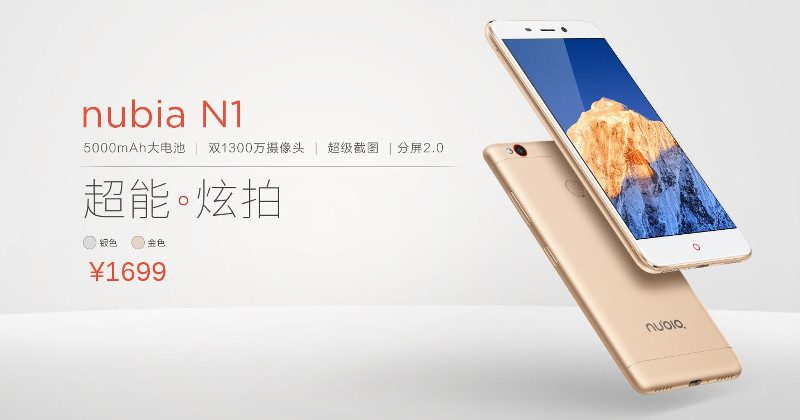 ZTE Nubia N1 sports a 5.5-inch full HD display having resolution of 1920 x 1080 pixels with 401ppi pixe density. It is powered by a 64-bit 1.8GHz Mediatek Helio P10 octa-core SoC coupled with 3GB of RAM and 550MHz Mali T860 GPU. The smartphone offers massive internal storage of 64GB and it can be further expanded via microSD card up to 128GB. According to the company, the included internal storage is sufficient enough to store over 5000 pictures, 1000 music file and 5 hours of full-HD video. It runs on Android 6.0 Marshmallow based Nubia 4.0 UI. 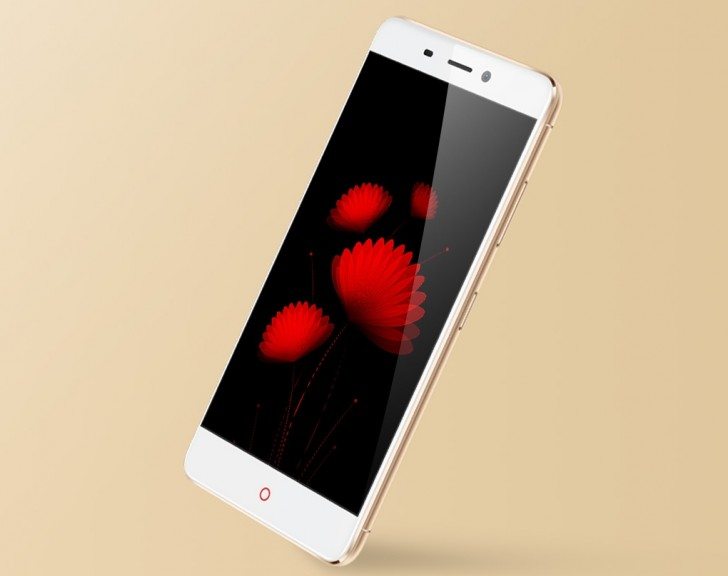 The smartphone includes a 13MP rear camera with PDAF, f/2.2 aperture and LED flash. The selfie camera is at 13MP with beauty filters, and smart fill light for better night photography. The icing on the cake is the massive 5,000mAh battery that is claimed to last up to 3 days of moderate usage. Other details include dual-SIM support with LTE and VoLTE, Wi-Fi, Bluetooth 4.1, GPS plus GLONASS, a USB type-C connector and a fingerprint reader on the back.

A quick look at specifications of ZTE Nubia N1