Garmin expands its line of action camera with the entrance into the world of 360-degree videos. The company has announced the Virb 360, a spherical camera that comes packed with amazing set of specifications. It is a powerful action camera to put your stunts into VR. It captures high-quality 360-degree videos and images. Here are the details about Garmin Virb 360.

The camera is waterproof up to 30 feet. It is rugged and durable enough to sustain hot temperatures. It can withstand damage from drops. The camera supports up to 128GB of expandable storage via microSD memory cards. 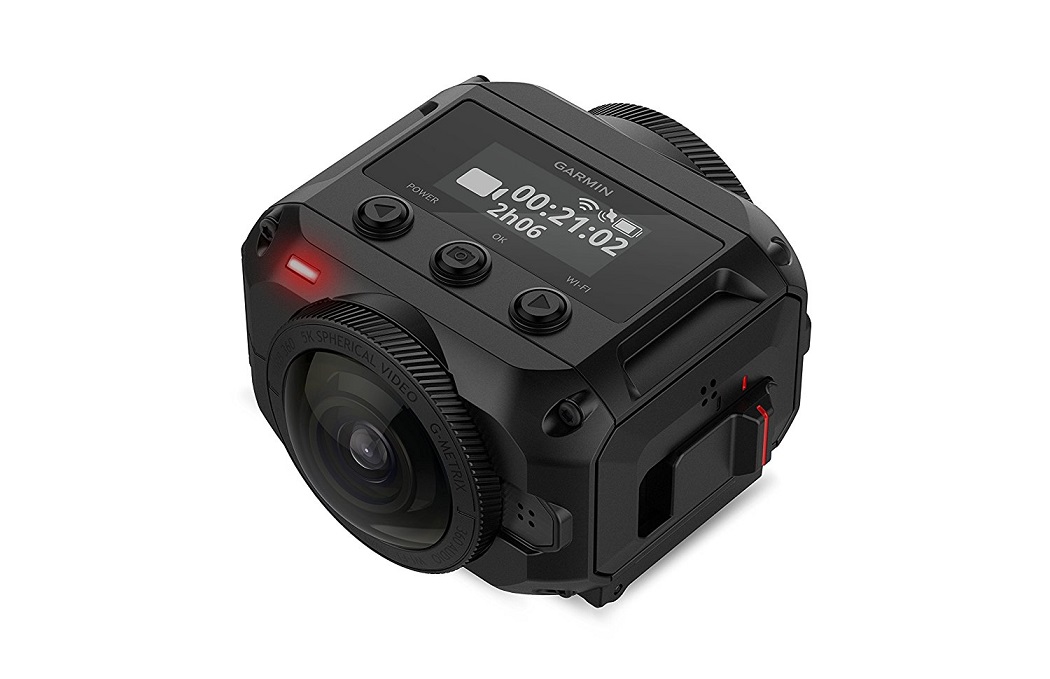 It shoots spherical, VR-compatible video at the amazing resolution of 5.7K and at 30 frames per second. With this camera, Garmin offers enough resolution to beat most other 360 cameras available in the market today. So, you can expect extremely high-quality videos during recording and can also stream live videos to either YouTube or Facebook Live.

In addition to 5.7K video, the Virb 360 camera can also shoot 15-megapxiel spherical photos, time-lapse videos and burst shots. So, it is capable of shooting videos at 5.7K/30fps and taking 15-megapixel stills. Also, it includes four built-in mics to offer you an immersive experience of capturing 360-degree stunt shots.

This voice-controlled 4K shooter captures images with great quality. It makes a spherical image using two fisheye lenses that face opposite directions. Then, the images from dual cameras are stitched into a sphere. You are now ready to share your video with friends and family. Garmin Virb Edit apps allow you to edit the video and apply 4K spherical stabilization.

Garmin Virb 360 is going to compete against the likes of GoPro, Samsung Gear 360 and more. It is not only a standard 360-degree camera but packs with a ton of other features. Garmin Virb 360 is now available for pre-order at Amazon, with the device shipping in about two or three weeks.

Don’t forget to share your views about Garmin Virb 360 with us in the comments.