Internet offers a great wealth of information and knowledge but some people don’t have access to that information. Twitter has made the initiative to help those with visual impairments to be a part of Twitter. It has made Twitter images accessible to people who are visually impaired.

Twitter is now allowing users to add descriptions to images called as “alt text” using Android or iOS version of the app. This will allow people to take advantage of assistive technology including text-to-speech screen readers and Braille displays. This helps the visually impaired to get a sense of what the image is about.

Here Are The Steps To Do It: 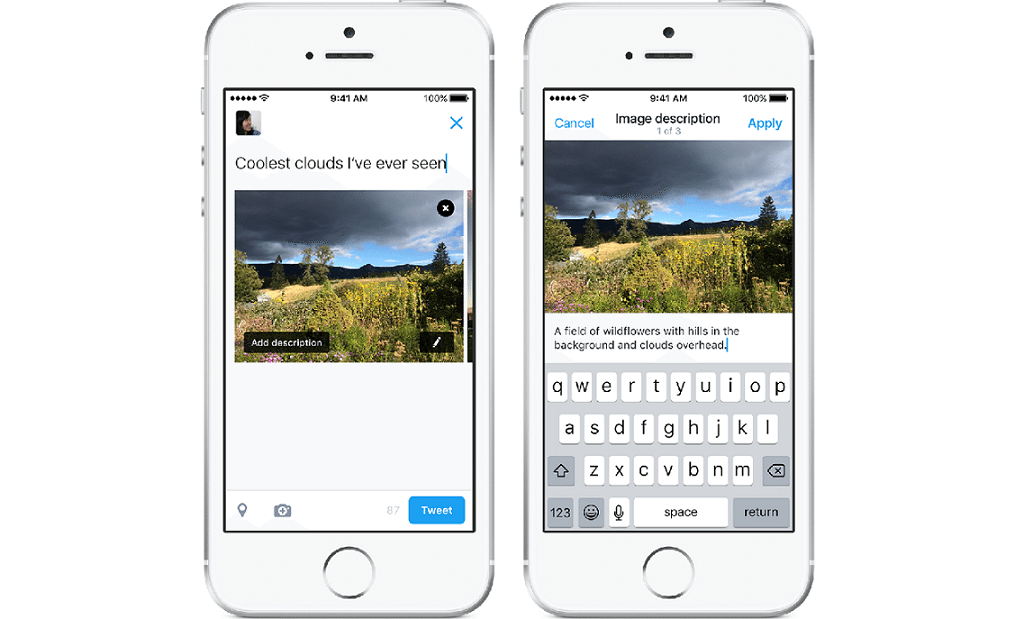 The company has also extended the ability to add alt text to Twitter images to both REST API and Twitter Cards. This feature can be used for its users as well as third-party clients will also be able to take its advantage.

When Twitter was first launched in the year 2006, it was only a text-only service and was accessible to the visually impaired. Then, Twitter has added support for a range of different media but not support for alternative text until now. The company has been experimenting with a number of changes such as idea to removing character limitations etc. The newly added feature could be certainly useful for publishers even if the users won’t take out time to type in descriptions.