Tweetbot is one of the most popular iOS twitter client apps available today. It effortlessly syncs your timeline across your iPhone, iPad and Mac. One can also mute tweets by users, tweet sources or keywords. With this app, you will get all the features you miss in the official app for Twitter. It also offers you useful statistics to keep a track of how popular your tweets are. 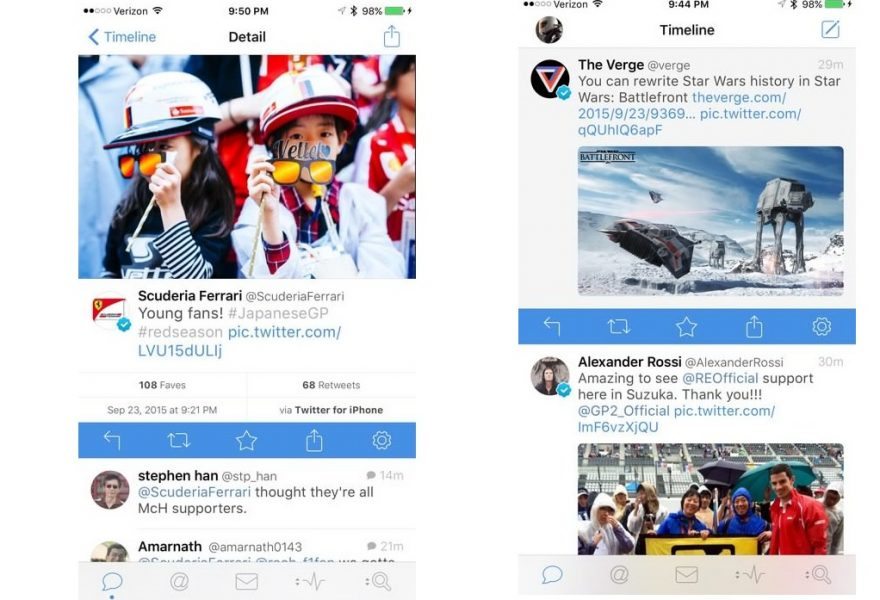 Echofon is an amazingly powerful and simple to use app. It features a beautiful and clean interface featuring Twitter site streams, real-time push notifications and powerful extras. It allows one to easily manage your social media life on Twitter. You can access all your Twitter accounts simultaneously with real-time native push notifications delivered instantly. 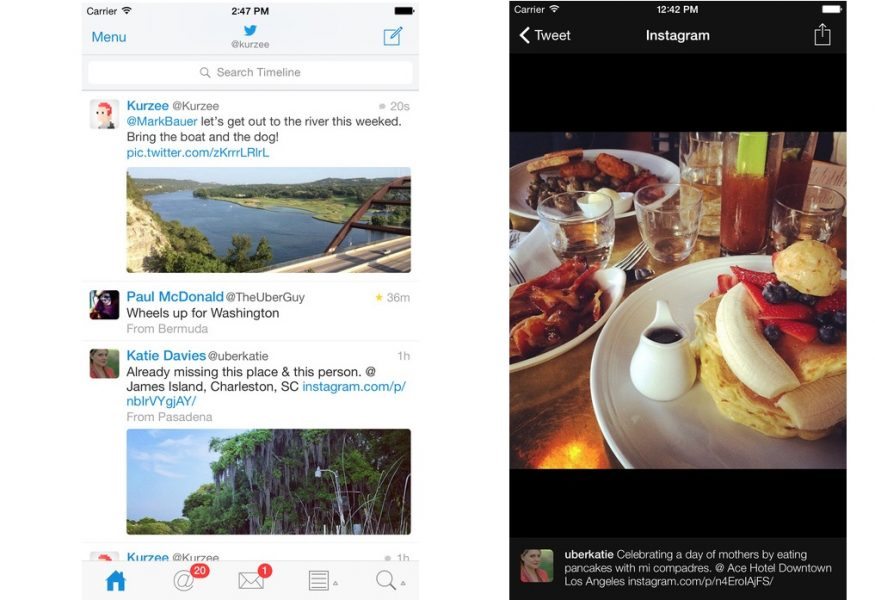 Here is an award-winning Twitter client that is easy to understand and use. With this app, you can customize fonts, avatar sizes, image thumbnails and do a lot more. It allows you to quickly respond to tweets, view conversations threads and change accounts effortlessly. It also supports live streaming of tweets over Wi-Fi. 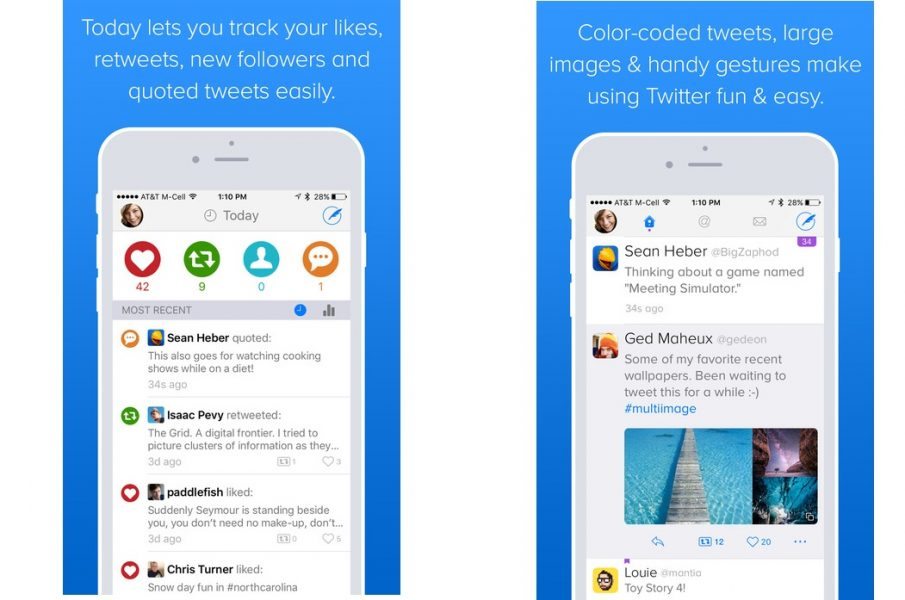 UberSocial for Twitter is among popular iOS twitter client apps. It is a powerful app that features amazing features. It allows you to compose a Tweet or view your notifications with just one click. It includes a movable, hide-able menu to put all functionality at your fingertips. It offers you rich media timeline. 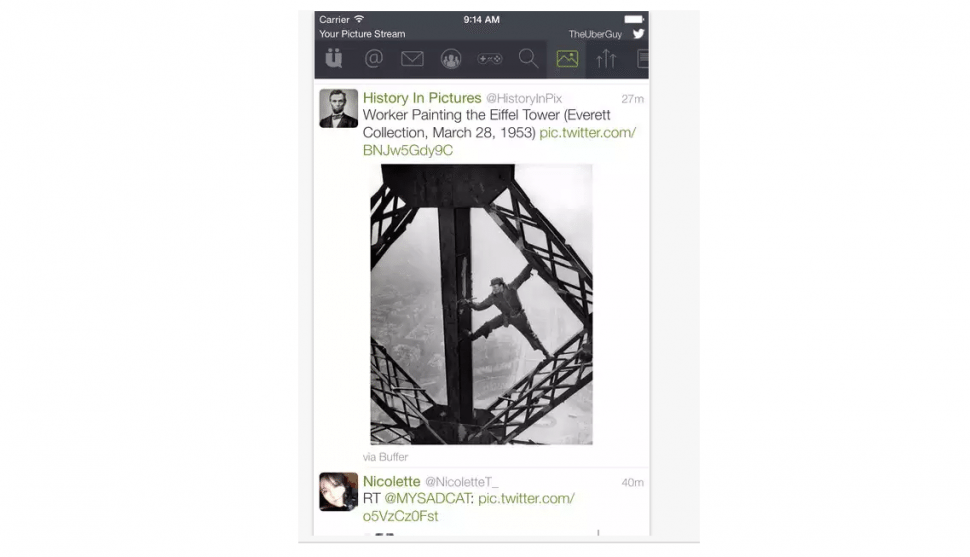 TwitBird is a super-fast twitter client that comes loaded with unique features. It includes support for multiple accounts and features four gorgeous themes including custom background image support. The app includes inline photo previews and has a built-in address book and support for official lists. It is an easy to use app, rich in features.

Download this free app today and share the content to Twitter, Facebook, Instagram and more all from one place. You can add any link, text, picture or video you want to share to your Buffer and the updates will be automatically scheduled. You will also get analytics for each update such as clicks, retweets, repins, likes, shares and lots more. 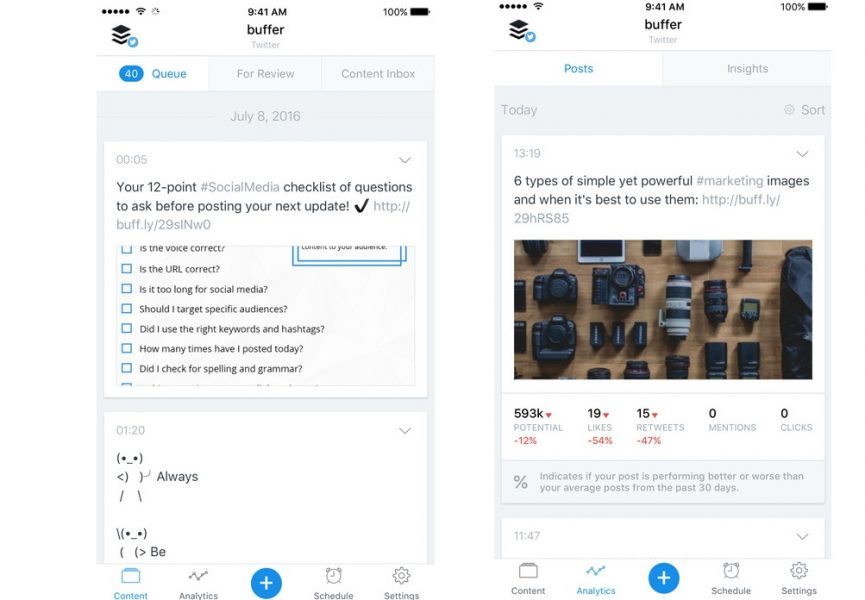 Neatly is a smart twitter client that offers you a comprehensive list of features. It perfectly customizes timelines based on your social preferences and interests so that important comes first. It allows you to maximize the social productivity and lets you visualize your preferences and interests. It is one of the easy to use iOS twitter client apps. 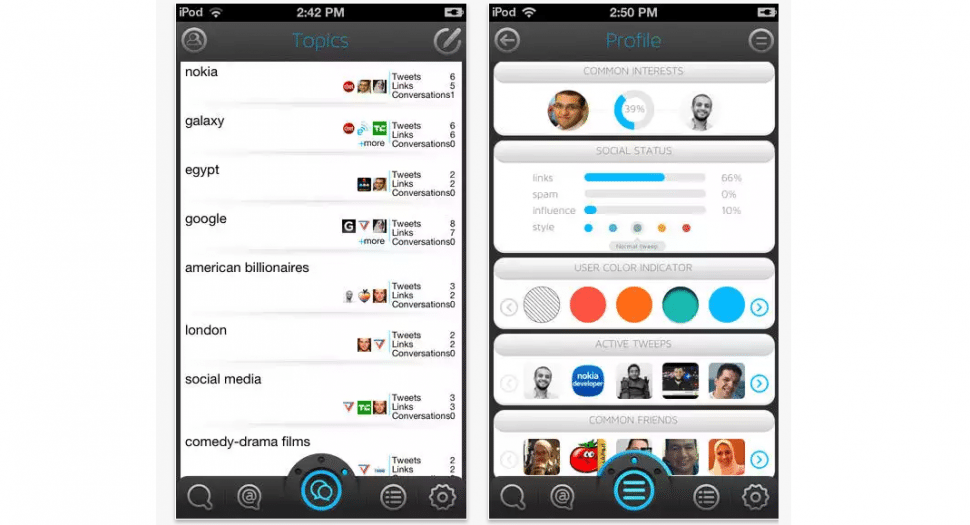 Last but not the least, here comes Tweet7 for Twitter in our assortment of top iOS twitter client apps. It is a beautiful and simple to use app that lets one experience Twitter in a whole new way. It comes with a clean and gorgeous user interface and brings an elegant way of tweeting. You can easily access mentions, messages and your profile with just a click. 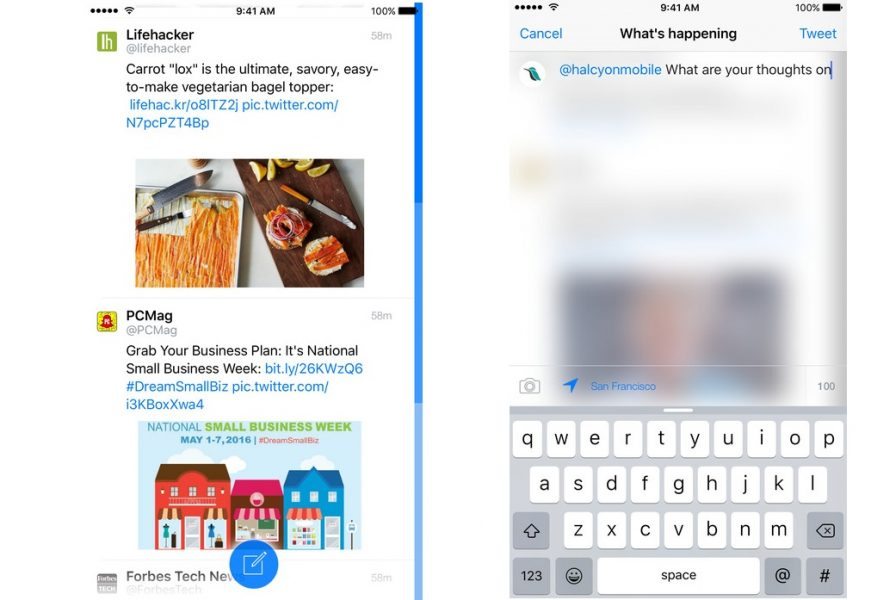 You can also check out our assortment of the best Twitter client apps for Android.