Apple introduces a smaller, four-inch version of the iPhone called iPhone SE. Over the years, iPhones have grown up from the original 3.5-inch display to the latest iPhone 6 Plus 5.5-inch screen. Surprisingly, Apple went in the different direction and announced a new iPhone that’s actually smaller with 4-inch display but is equally powerful. The phone was announced at an event in San Francisco.

The 4-inch iPhone SE looks like iPhone 5S, the last 4-inch phone released in the year 2014. But, iPhone SE comes with same processor and graphics performance as the iPhone 6. This new phone is said to have the same performance as the 6S and delivers incredible battery improvements. As powerful as iPhone 6S, the device will have a 64-bit A9 processor and M9 motion co-processor. You can play games just as brilliantly as Apple’s current flagship. It also supports hands-free “Hey Siri” prompting. The new iOS 9.3 operating system includes a night mode to reduce blue light and automatically shift colors.

It has a 12MP iSight camera with True tone flash and is capable of capturing 4K video and editing up to 2 streams. The iPhone SE comes with 1.2-megapixel selfie camera. The phone comes with TouchID for Apple Pay built in. It comes with the ability to shoot Panorama up to 63MP, 4K Video (1080p up to 60fps) and slo-mo up to 240 fps.
The iPhone comes with an improved battery life, new microphones and Bluetooth 4.2. 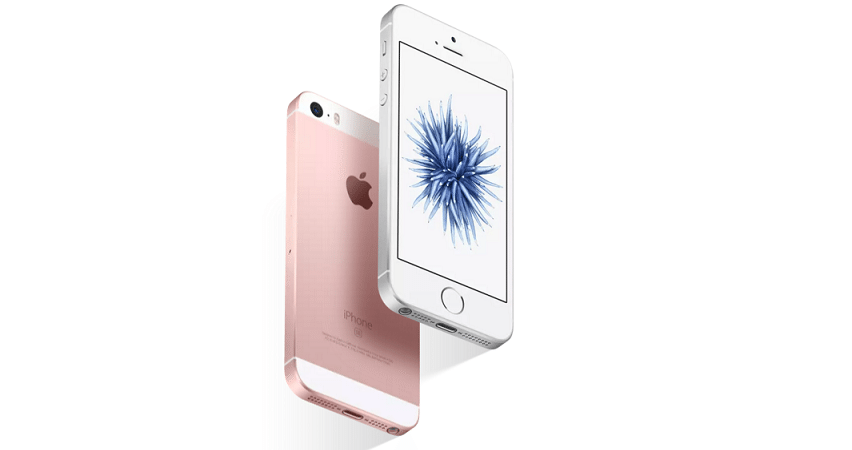 A quick look at iPhone SE:

iPhone SE will be available in space grey, silver, gold and rose gold metallic finishes in 16GB and 64GB versions. It starts at the price of $399 which is well below the starting price of $649 for the current top iPhone model. The 16GB iPhone S3 starts at $399 but will be free with a two-year contract or $17 a month on an installment plan. Apple will start taking orders on March 24 and will be available on March 31.

Are you excited about the release of iPhone SE? Do you like its features? Will you consider purchasing it? Share your thoughts with us in the comments.