Since the launch of first generation Moto G in 2013, Motorola has come a long way in terms of providing great quality and good designed smartphones. It prices its smartphones at highly competitive rates and they are also fully feature-filled. Motorola has gained significant share in the Indian market. The company has now announced its Moto G4 smartphones in India and these include Moto G4 and Moto G4 Plus. While the Moto G4 will be arriving in June, the Moto G4 Plus is now available for purchase exclusively on Amazon India. Here is our first impression of G4 Plus.

Moto G4 Plus comes with a plastic finish and good build quality. Moto G has grown to 5.5-inch display and also feels slimmer at 7.9mm with its flat design. The phone features full HD display and looks bright and sharp. It comes with Gorilla Glass 3 protection for added protection. There is a fingerprint scanner on the device and also features power/sleep button and volume rocker on the right side and microUSB port at the bottom. The back of the smartphone has a removable panel and the handset is water resistant. 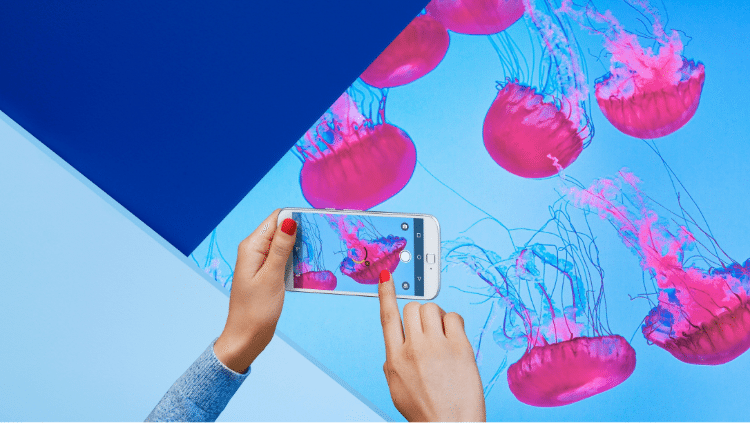 The handset is powered by a new Qualcomm Snapdragon 617 Soc. The processor has four cores at 1.5GHz and the rest on 1.2GHz. Moto G4 Plus comes in two variants: 16GB internal storage with 2GB of RAM and 32GB storage with 3GB of RAM. The internal memory can be expanded via MicroSD card. The smartphone runs on the latest Android 6.0 Marshmallow.

In terms of camera, you get a 16MP sensor with an f/2.0 aperture along with PDAF and dual-tone LED flash. Motorola has also included new features to its camera app such as best shot mode, controls to fine tune your exposure and more improvements. There’s a 5MP front-facing camera with 84 degree wide angle lens. The new front camera is great for all selfie lovers.

Moto G4 Plus comes with a 3,000mAh battery and also supports Turbo Charging. The company claims that the battery offers six hours of battery life with just 15 minutes of charging. The battery should last a full day of use.

Amazon India is letting Motorola take over its homepage and is also giving many exciting launch offers. Here are the details of the launch offers that come with Moto G4 Plus.

Kindle Offer: With purchase of Moto G4 Plus, you get a promotional code on or before 15 july to avail Kindle credit worth Rs. 1,000.
Gocash from GoIbibo: GoIbibo will share promotional code on or before July 15 which will include GoCash worth Rs. 15,000. The GoCash will be valid till December 31.
Moto Pulse 2 Headphones: Moto G4 Plus buyers have the option to buy Motorola Pulse 2 headphones at just Rs. 499. Buyers needs to purchase the smartphone and headphones via the same account.

100% cashback: A 100% cashback offer is also there but only for app users. Those who download the Amazon India app will have the chance to win 100% cashback on Moto G4 Plus purchase. The cashback will be offered to 50 lucky customers.

Moto 360: For those who buy Moto G4 Plus from Amazon India also stand a chance to win a Moto 360 (2nd Gen). One winner will be picked every hour.

Moto has offered a great budget smartphone and offers good value for money. There’s no such feature that comes out to a negative one but it does face touch competition from brands like Xiaomi, LeEco and many more.

Are you excited about Moto G4 Plus launch? Will you consider purchasing it? Share your thoughts with us in the comments.