Lumia 550 is the most affordable 4G LTE smartphone by Microsoft. It comes preloaded with Windows 10 and several Microsoft apps such as Word, Excel, Calendar, Outlook, OneDrive and more. Cortana, the personal assistant of Microsoft, is also included. Priced at just $139, it is designed for budget-conscious shoppers.

The Lumia 550 comes with a 4.7 inch HD display and comes in matte black and glossy white color options. The package measures 136.1 x 67.8 x 9.9mm and battery capacity is listed at 2,100mAh. Microsoft says that it can deliver up to 28 days of standby time, 16 hours of talk time on 2G, 14 hours on 3G, and 17 hours on 4G. The smartphone comes with Glance Screen to display the date, time, notifications and calendar appointments in standby mode.

The smartphone is based on Snapdragon 210 chipset and comes with 1GB RAM and 8GB of expandable storage. You can increase the storage to 200GB via microSD card. It runs the full version of Windows 10 where you can talk to virtual personal assistant, Cortana and save documents in OneDrive. You will be able to do everything from Word to Excel, Skype and more. 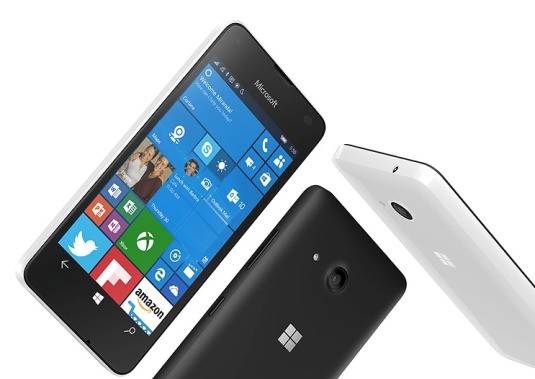 It has a 5-megapixel rear-facing camera to complements its 2-megapixel front-facing camera for selfies. The rear camera comes with HD video recording, LED flash, and an f/2.4 aperture. It also hosts features like auto/manual exposure, geo-tagging and touch focus. There’s a microUSB port instead of USB Type-C.

It comes with 4G LTE connectivity and according to the company, it supports download speeds of up to 120Mbps and uploads of up to 50Mbps. Microsoft Edge browser is included in the phone to offer on-the-go reading experience. The connectivity options include Bluetooth 4.1, USB 2.0, Wi-Fi 802.11 b/g/n with hotspot functionality, FM radio, and A-GPS. It comes with ambient light sensor, accelerometer, and proximity sensors. 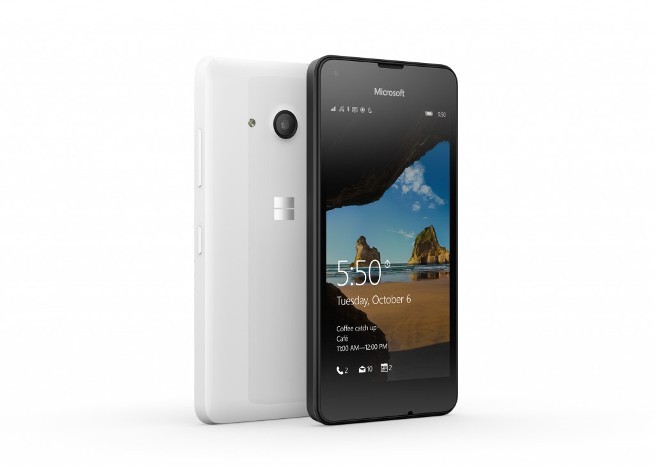 A quick look at Microsoft Lumia 550:

Microsoft Lumia 550 is a decent choice for Windows 10 lovers at an affordable price. It gives a strong competition to budget-friendly android phones with its Windows capabilities. Though it comes with Windows 10, but lacks two features offered by 950 and 950XL. Windows 10 Continuum and Windows Hello Biometric Recognition are not supported. Microsoft announced Lumia 550 in October alongside its new Lumia 950 and 950XL flagships.

Do you like the specifications and design of Lumia 550? Let us know your thoughts in the comments!