The updated app comes with support for Mobile Run and Mobile Badges. Mobile Run gives the ability to lane runs, walks and hikes while regulating GPS in your Windows Phone. Mobile Run uses GPS sensor to record and track the exact route of your run and provide you useful statistics like pace per mile, distance and time. You just need to tap Track to start up the feature.

It also includes support for next Surge software update and when that update gets released for Surge, users will be able to view their tracked bike activities.

Here are the newly added features to v1.8 of Fitbit for Windows Phone: 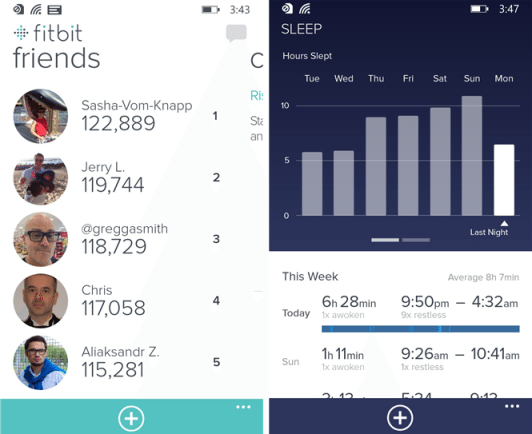 The new graphs have more flair to them and the Cortana refinements are great. It is great to see Fitbit for Windows Phone getting better with each update. We are eagerly waiting to sync our new Fitbit Surge to Windows Phone.