Finally, Google Voice has officially been revamped with a new user-interface and lots of features. It’s been years when it has received an update. The latest update applies to Android, iOS as well as the web. Google Voice is updating to a ‘cleaner, more intuitive design that keeps everything organized.’ It has received the long-overdue visual refresh and a few new features on board. Let’s check them out.

Google Voice users are going to experience an all-new user interface. Now, there are separate tabs for texts, calls and voicemails in the inbox. You will see a new column-styled layout with tabs for messages, calls and voicemails. The app now also supports group texting, avoiding the need of using Hangouts. The support for sending photo MMS messages has been added. This feature has long been requested by the users and finally it has arrived. The app is much cleaner and simpler now, in line with Google’s Material Design principles. 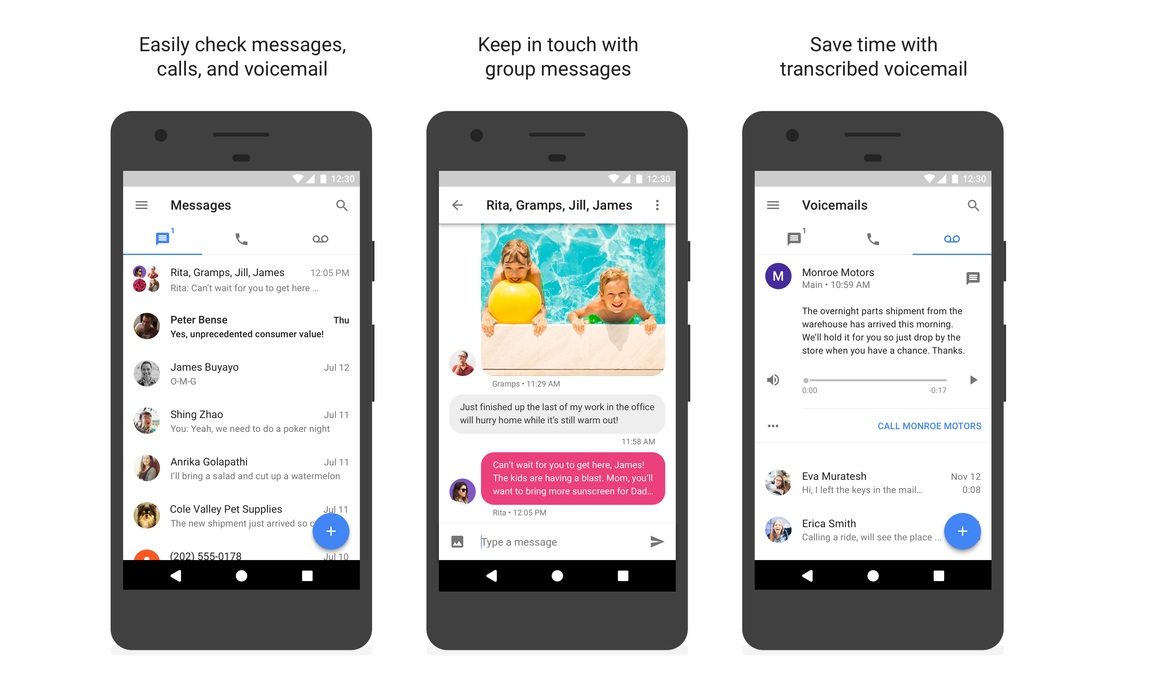 Google also plans to introduce even more updates and features over the period of time. With today’s update, Google admitted, “It’s been several years since we’ve made significant updates to the Google Voice apps (and by several, we mean around five ).” The company now promises, “going forward, we’ll provide new updates and features to the Google Voice apps.”

The Google Voice updates are first launching on Android, followed by iOS in a couple days. Once the app is update, the web client will automatically experience the new, revamped design. According to Google, everyone should see it within a couple of weeks.

Do you use Google Voice? Do you find these new features useful? Let us know your thoughts in the comments.