Microsoft Cortana will soon make its way to the lockscreen on Android smartphones. The company is reportedly launching a brand new version of Cortana for Android which will totally revamp the user interface. It is expected to be included in the next big update of the app. Once the new version of Cortana is installed, users will get the option to enable Cortana on lock screen inside of setup menu. The users who have enrolled in beta program of the app have begun seeing traces of offering Cortana on Android. It looks like the company will make it commercially available in the upcoming update of the app.

Microsoft is reportedly testing a new feature that allows one to access Cortana by just swiping left or right on the Android lock screen. Mspoweruser reports that the company is looking to make the digital assistant more accessible on Android smartphones. 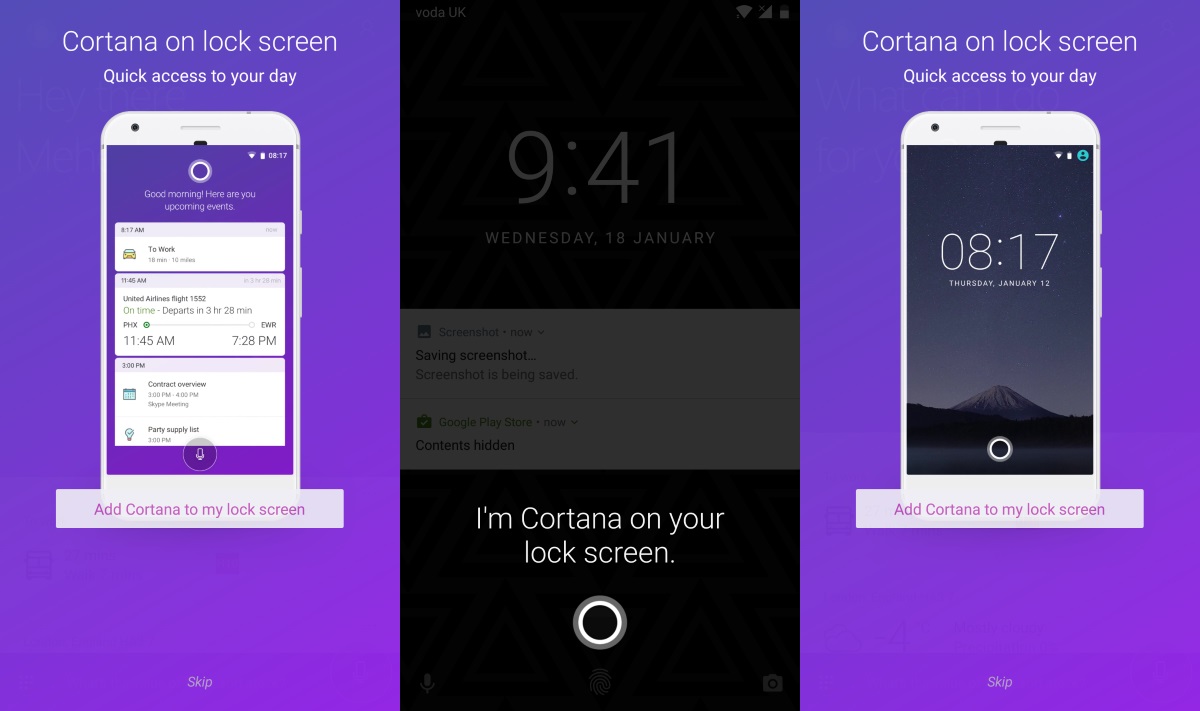 Accessing Cortana on Android is kept simple by the company. You just need to open the app and it will ask for permission to enable ‘Cortana on the lock screen’. You can also create a shortcut access by enabling ‘add Cortana to my lock screen’. Now, the Cortana logo will show up at the bottom of the lock screen.

The support for Microsoft Cortana on Android has primarily been done to increase the presence of the digital assistant on other platforms. For all those who miss voice assistant on Android powered devices, this might be a welcoming option. This feature is currently being tested with beta testers in the Google Play. If you can’t wait to use this feature, you can sign up for Cortana beta testing and begin using this feature immediately. As the feature is in beta stage, some bugs may be present.

Microsoft Cortana on Android is most likely to come up in the next update.

Are you also excited about Cortana arrival on Android smartphones? Let us know your thoughts in the comments section below.