Xiaomi Redmi 4 has been rumored for quite a while and now more leaks are coming up with additional details. It has been shown up online with images and specifications going in line with previous rumors. Xiaomi has recently released Mi Note 2, an alternative to Galaxy Note 7 and also unveiled Mi Mix. A Chinese website ‘Shouji Tenaa’ shows the leaked images of Redmi 4 as well as Redmi 4A.

According to this website, Redmi 4 is going to be an upgraded version of its previous series, Redmi 3. The smartphone was certified on TENAA revealing key specifications and pricing details. It is expected to come with a full metal body having capacitive button at the front and power and volume buttons at the right. The phone is expected to feature a 5-inch LCD display with resolution of 1080 x 1920 pixels. Under the hood, it is powered by a 1.4GHz octa-core Snapdragon 625 processor coupled with 3GB of RAM. Rumors are in full swing that it comes with 32 GB of internal storage which one can expand further via microSD card.The smartphone runs Android Marshmallow. 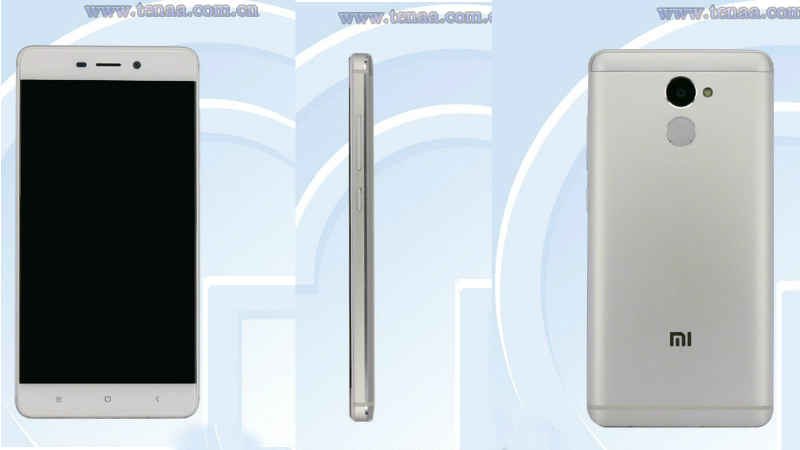 If the leaks are to be believed, it features a 13-megapixel rear camera with dual-LED flash and a 5-megapixel front camera for clicking selfies. In terms of battery, it is backed by a 4000 or 4100mAh battery. It is expected to come in three color variants: grey, silver and gold. The spotted smartphone comes with a fingerprint sensor which is located next to the primary camera. There’s also an antenna band on the bottom of the back.

The other version of the upcoming Redmi smartphone is Redmi 4A. It comes with a 1.4GHz quad-core processor along with 2GB of RAM. The handset houses 16GB of internal storage and also runs the same Android 6.0.1 Marshmallow operating system as Redmi 4. It sports a 3,030mAh battery and two SIM slots. The leak says that it comes in two different models of which one comes with expandable storage and other does not. The phone also bears a 13-megapixel rear camera and a 5-megapixel front camera. It is also said to measure 139.9×70.4×8.5 mm and weigh 140 grams. In terms of color options, it comes in rose gold and gold.

There has been no confirmation of statement by the company as of now. But, the speculated date of release is November. We will keep you updated of all of the official news and events on our blog.

So, what are your thoughts about Xiaomi Redmi 4 smartphones? Do you like them? Share your views with us in the comments.