Smartphones and tablets have become an integral part of our lives. They are on-the-go devices for our daily fix of texts, emails, videos, social networking, games, and lots more. The mobile apps have changed the way we work, entertain and commute. Today, we are talking about the top apps of 2015 according to Nielsen Report. Nielsen Report shows the percentage of growth as compared to previous year as well. The results are based on US smartphone users including Android, Windows Phone, Blackberry and others. The data was collected from January 2015 to October 2015 and compared to January 2014 to October 2014.

Facebook has once again captured the top spot app installed on US smartphones, based on the average number of unique users. The app had an average of 126 million users a month, from January to October. According to Nielsen Report, Facebook has seen 8 percent growth from last October. 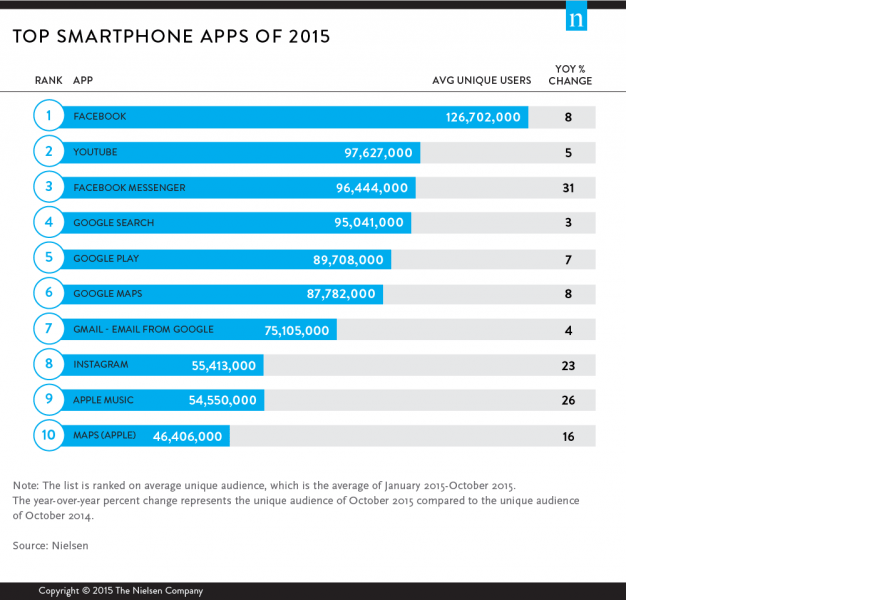 Facebook was next followed by the most popular video portal, YouTube which has seen a 5 percent increase from October last year. YouTube has an average of 97.627 million unique users each month.

Facebook was seen again in the list with its Messenger app. Facebook messenger has 96 million users and showed a 31% growth over the last year. Facebook Messsenger was the fastest growing app in 2015 and that too by a great margin.

With an average of 89.7 million users, Google Play rises 7 percent from last year. 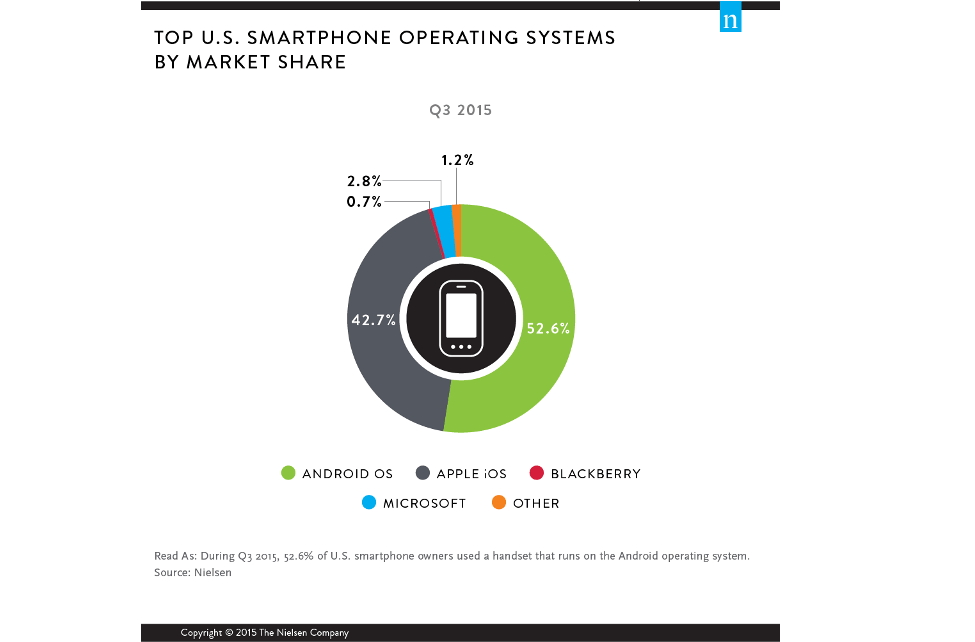 When it comes to comparing operating systems in US, Android still claims the majority market share with 52.6 percent while iOS claims 42.7 percent. Windows device users in US are 2.8 percent and Blackberry managed to claim a small market share of 0.7 percent.

The statistics are US-only and are based on Nielsen’s survey data of 30,000-plus mobile subscribers.

So, this was the compilation of top apps of 2015. Which apps do you use on a daily basis? Let us know about them in the comments.