LG Max smartphone is launched in India by LG Electronics. LG Electronics is a South Korean electronics company and come with the latest Android smartphone in India. This new mid-range 3G smartphone is priced at Rs. 10,990. It is driven by a 1.3 GHz quad-core processor and comes with a 5-inch FWVGA (480 x 854) display. The smartphone comes with 1 GB RAM and 8 GB internal memory expandable via microSD card up to 32 GB.

The company says that it is the successor to the LG Bello launched last year and will run on Lollipop. It features a larger display and a more powerful selfie camera. The device features 8-megapixel rear and a 5-megapixel front-facing camera along with a 2,540 mAh replaceable battery. The smartphone comes in three colors: white, titan and gold. It comes with its flagship software features such as Knock Code, Gesture Shot, and Selfie Flash.

LG Max comes in two variants – a single SIM and a dual SIM. On the rear end, it has 8 MP primary camera that supports gesture shot feature. The front camera is 5 megapixel with selfie flash support. The phone’s 2540 mAH battery powers up the phone and keeps it running for almost a day. 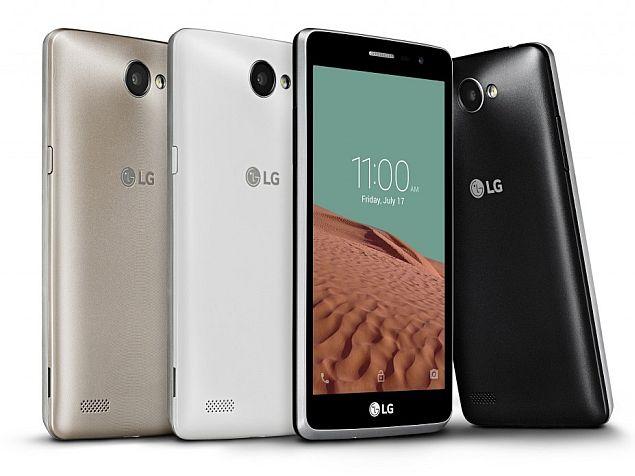 This is a 3G-only smartphone with no support for LTE at the moment. It comes in 2G and 3G variants and single and dual sim-slot variants are available. The smartphone offers Wi-Fi, Bluetooth 4.0, and microUSB 2.0 and A-GPS. It measures 140.8×71.6×9.6mm and weighs 155 grams.

Amit Gujral, LG Mobiles India’s marketing head, said, “Most of the people who use internet on smartphones use 3G services as 4G is still at a nascent stage in our country. Keeping this in mind, LG has launched LG Max as we are sure that this smartphone will offer unprecedented value to 3G consumers. This smartphone offers great balance of form, function and price and we expect it to be even more successful than its predecessor.”

No timeline for the retail availability of this smartphone has been announced.

What are your thoughts about the new LG Max? Share with us in the comments!