Here are the improvements in Windows 10 Mobile Build:

Following Apple’s unveiling of improvements to Siri with iOS 9, now Microsoft improves Cortana with its Windows 10 Mobile Build 10136. Cortana has now been enabled to track flights and packages and will up information from emails and alert users. A number of other features such as getting answers for questions, weather, currency information and more. Adjustments to cards have been made in Cortana’s homepage and in the hamburger menu.

With Windows 10 Mobile Build, Microsoft’s Photos app boosts a number of performance and reliability improvements. You can tap on a month to get a list of months and one can quickly jump to photos from any time period. 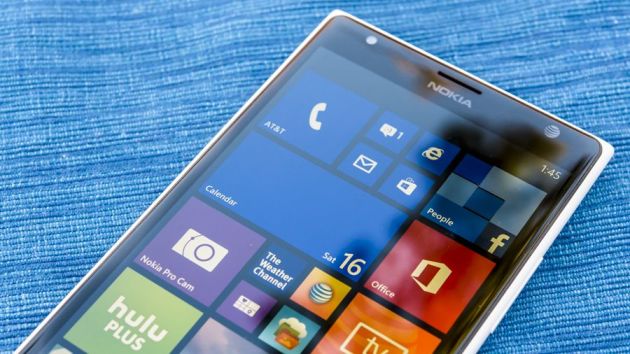 If you are using a Lumia 640, 640 XL, 930, Icon or 1520, you can use Lumia Camera Beta app as your default camera app. It comes with additional features than new Windows 10 camera app but appear only on certain handsets.

Microsoft is including a couple of tricks to keep all UI elements in reach of users operating phablet devices with one hand. They can now press and hold the Start button and the screen will slide down to let you reach items at the top of the screen.

Microsoft has fixed a number of bugs and issues from Build 10080. The infamous MMS bug, an issue where touch stops responding on the Lock screen, visual glitches in Action Center, Wi-Fi quick action and more have been fixed.

There are some known issues that still remain even with this Windows 10 Mobile Build. These include duplicate tiles for apps like Search and Phone under All Apps. Skype has been broken and you should uninstall it before upgrading.

According to Microsoft, Windows 10 Mobile will release broadly later this year. We are looking forward for the new build to see how things actually work.

Let us know your thoughts on the story in the comments!