Samsung in addition to announcing Gear IconX wireless earbuds, has also ununveiled a new fitness tracker called Samsung Gear Fit 2. With this wearable, it tries to accomplish what was left in Gear Fit launched back in 2014. Samsung introduces this fitness tracker to further expand its portfolio. It comes with useful features such as GPDS, a heart rate monitor to offer accurate data on fitness levels of the user. Let’s have a close look at its features:

The Gear Fit 2 features an updated design, a built-in GPS and also recognizes various activities. It comes with a 1.5-inch curved Super AMOLED display with resolution of 216 x 432 pixels. As compared to the previous model, it is wider. The curved display wraps itself around the wrist and offers a beautiful look to the wearer. It is light and easy to wear.

The wearable is powered by 1GHz dual-core processor along with 512MB RAM. It includes 4GB storage and is powered by 200mAh battery. 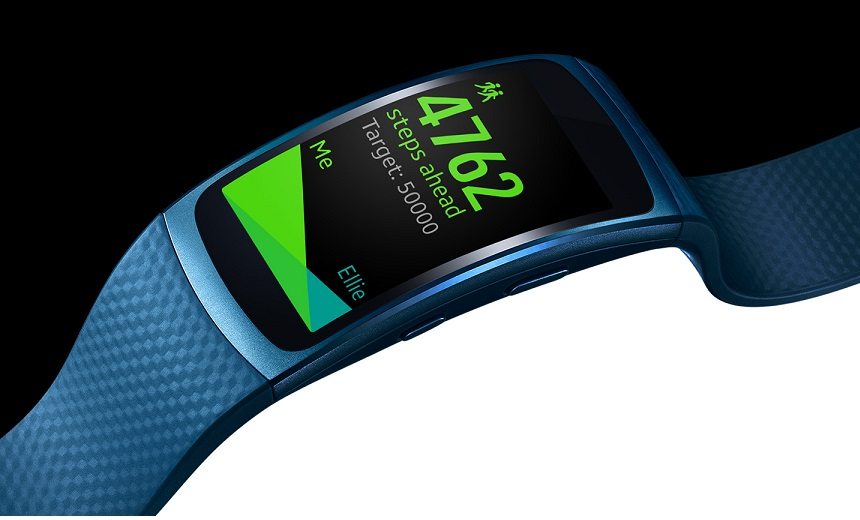 Talking about the features, it includes a heart-rate tracker that can record your heart beats throughout the day. It comes with accelerometer, gyroscope and barometer as well. The wearable also includes the Auto Activity Tracking feature which means that the users won’t need to manually activate the sport band. Whether the users are running, cycling, walking or using rowing machine, it automatically starts tracking their activities.

As far as the compatibility is concerned, the Samsung Gear Fit 2 is compatible with devices running Android 4.4 or higher with minimum RAM of 1.GB. It is the same compatibility requirement as that of Samsung Gear IconX. The device also includes a standalone music player and is also compatible with Spotify. It is capable of syncing the data with Samsung’s S Health app. 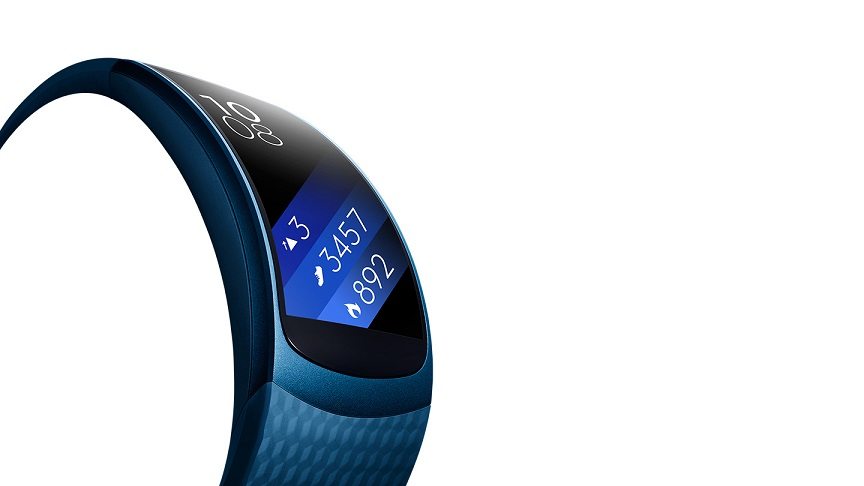 A quick look at specifications of Gear Fit 2:

It will officially go on sale from June 10.