Lenovo has unveiled a Magic View Smartwatch that features two screens. At first glance, it may resemble Moto 360 with a round display, but underneath is a second screen acting as a Virtual Interactive Image. The device introduces an intriguing new way look at pictures on your wrist. Lenovo claims that the Virtual Interactive Display allows users to view images up to 20 times the size of standard watch face.

The secondary display allows smartwatch users to view larger maps or photos and also provides additional privacy for information. Lenovo CTO Peter Hortensius says that more than 120 patents were developed to bring this innovation to existence. 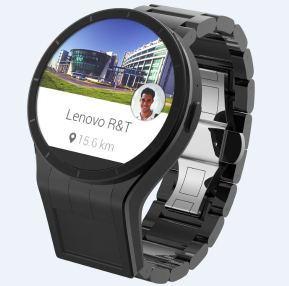 The company explains, “It uses optical reflection to create a virtual image and allows users to see a virtual display more than 20 times larger than the watch face display. For example, they can follow a map, view photos or even watch a video.”

The Magic View Smartwatch uses optical reflection to create a sound and virtual image to see what’s being displayed on the watch. The second virtual screen is just below the main display and the larger size let wearers look more easily at maps and even movies. 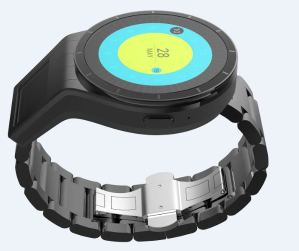 Lenovo has also introduced its plans to make smartphones more PC-like with Smart Cast Concept. Smart Cast is the first projector smartphone that enables you to make any flat surface into touchscreen, and work on a bigger landscape on projects and presentations. Smart Cast can project a large virtual screen onto a table or any surface. The company claims that Lenovo Smart Cast smatphone has the world’s smallest pico projector. 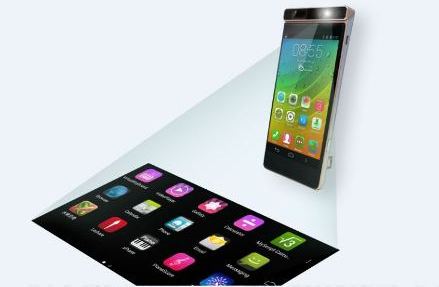 This smartwatch could go commercial in the near future, so it remains to be seen how the company will refine its design. The exterior of the watch and hardware felt like a finished product while company is refining software. In short, Lenovo is definitely coming up with an interesting concept though the practicality of this will be known when it will be available for public.

What are your thoughts about Magic View Smartwatch? Do you like its concept and features? Let us know in the comments!