Huawei P10 is all set to be revealed within the next few weeks. The new video by the company confirms that Huawei P10 will launch at Mobile World Congress on February 26 in Barcelona. The YouTube video and several tweets teases a number of possible features that we can expect to see in this new device. According to the new video on Huawei YouTube page, it urges fans to “Change the way the world sees you.” This probably suggests that the new Huawei P10 will come with impressive camera.

This is combined with #OO hashtag and appears that company will use the dual-lens camera sensor. It was previously seen in P9 smartphone as well. Huawei has invested heavily into the camera capabilities of the latest devices to set it apart from its competitors.

According to the leaks, the Huawei P10 will feature a significant upgrade to the company’s last device, P9. It is expected to flaunt a 5.2-inch display with QHD resolution and a dual curved screen. Under the hood, it is tipped to be powered by Kirin 960 octa-core processor along with Mali G71 GPU.

The smartphone was spotted on GFXBench and is listed to sport 4GB RAM and run Android Nougat out of the box. The fresh leak also suggests that it will launch in three variants: 4GB RAM/32GB storage; 4GB RAM/64GB storage and 6GB RAM/128GB storage. 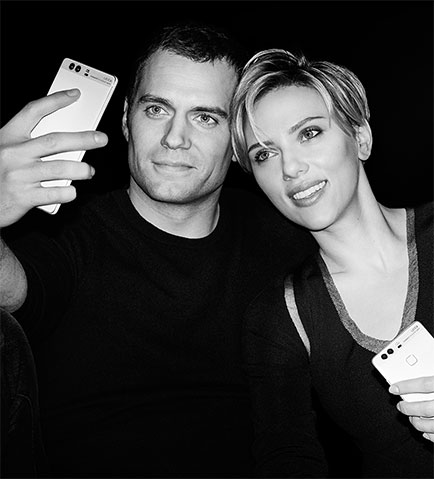 In terms of optics, it sports 20-megapixel and 12-megapixel dual rear sensors. At the front, it will also have an 8-megapixel selfie camera. It is also tipped to support wireless charging and packs a 3100mAh battery. Also, Huawei P10 is expected to have a Home Button in the front with the fingerprint sensor. As compared to Huawei P10, it had no home button and fingerprint sensor was at the back.

At the event, Huawei is also expected to launch Huawei Watch 2 smartwatch. It is expected to come with built-in SIM slot and run Android Wear 2.0.

We will find out how many of these features come true when the company officially reveals the device on February 26.