Finally, Facebook has launched high-definition uploads to its Android app. Though the capability has been available for iOS users for long, it’s now available for Google mobile platform. The option to upload HD video is available in the app’s settings menu. You will see it next to the option to upload pictures in HD as well. The change for HD video uploads seems to have rolled out over the past few weeks and is now appearing to be available for everyone to make use of. The social networking giant has not made any official announcement about the new feature. 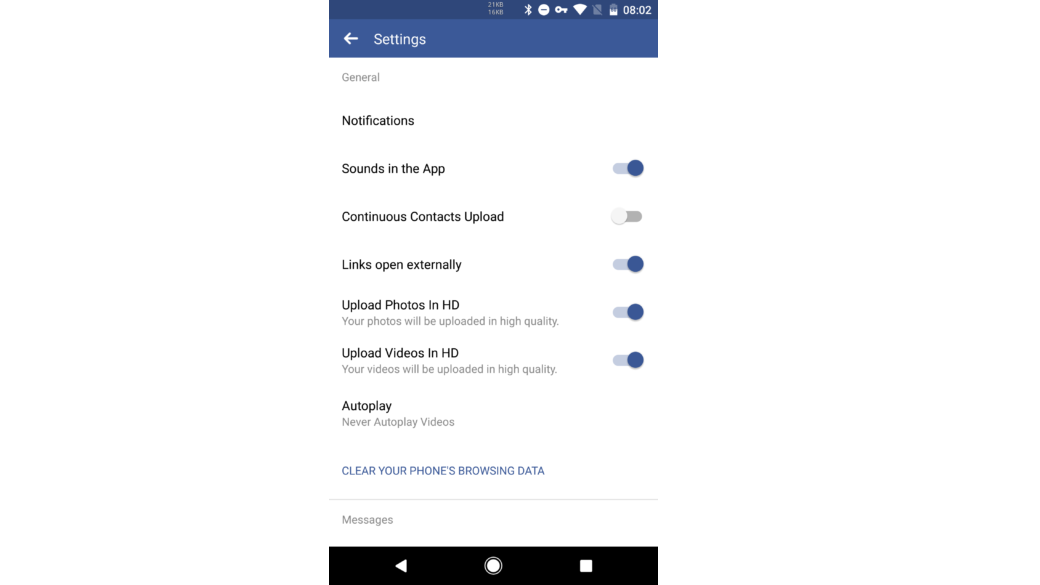 Other features reportedly in testing or being steadily rolled out to users include picture-in-picture video. To use this feature, tap on the little picture-in-picture icon in the top left of the video player of the app. Now, you will be able to float the video all over the content. It requires the users to give the “draw over other apps” permission to Facebook. You can use up and down arrow for easy notification view.

Facebook has long been fighting the issue of fake news. It has taken widen rise especially during the presidential elections due to false stories and rumors all over. Mark Zuckerbrg, CEO of Facebook, even cleared this last month. He said, “The bottom line is: we take misinformation seriously. Our goal is to connect people with the stories they find most meaningful, and we know people want accurate information. We’ve been working on this problem for a long time and we take this responsibility seriously. We’ve made significant progress, but there is more work to be done.”

The new update adds an option of “It’s a false news story” to the ones that come up when someone click “I don’t think it should be on Facebook.” Here, users can report for false or hoax stories.

Do you like the new features of updated Facebook Android app? Let us know your views in the comments.