Fujifilm has announced a new camera expanding its X-series line, called as Fujifilm X-A3. It is a compact mirrorless camera that comes with interchangeable lens and is priced at $599.95. The camera will be available for purchase in October in US in different colors such as silver, pink and brown. Let’s have a close look at its features:

With its retro-inspired design, the camera has been designed to appeal to a younger generation of photographers who are crazy about selfies. Fujifilm X-A3 features a 3-inch, 180-degree tilting touchscreen. The top cover, front plate as well as the top dials are made of aluminum. Also, the faux leather texture adds to the visual appeal of the camera. As the LCD screen can be titled by 180-degrees, it helps to maintain 100% visibility.

The camera is built around a 24MP APS-C sensor which is the same size as found in most consumer DSLRs. Fujifilm X-A3 includes a new sensor with a Bayer pattern color filter rather than X-Trans. The standard ISO range is 200-6400, which can be expanded to 100-25,600 when needed. It features a new 49-point autofocus system, full-HD video recording up to 60fps and built-in Wi-Fi for remote camera operations. It is capable of shooting approx. 410 frames per charge. 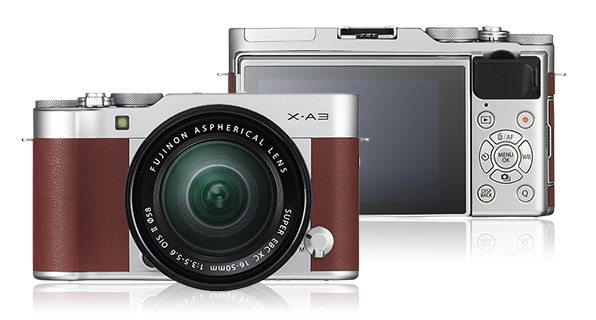 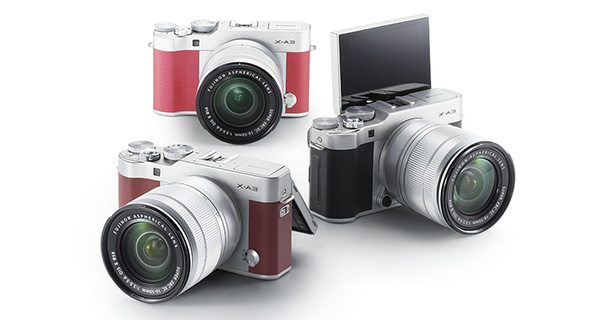 The camera comes with several useful modes to make the pictures brighter and smoother. It makes automatic adjustments to enhance skin tones. Then, there’s an Eye Detection AF function that automatically activates when one rotates the tilting LCD panel. Fujifilm X-A3 comes with a super intelligent flash to deliver an ideal amount of flash for every scene.

A quick look at specifications of Fujifilm X-A3: