Emojis are today a global phenomenon and have become a whole new way of communicating for the digital age. They are increasingly being used in messaging apps and if you are one of those who are too lazy to scroll through all the available out there, emoji predictive virtual keyboard is the best bet. Though there are many keyboard apps available for Android users, but Swiftmoji is different and special/ Swiftkey is beta testing a new product called Swiftmoji which is an emoji keyboard that allows you to type both words the appropriate emojis accompanying them.

As you type, it uses context to guess which emoji will be most suitable. The recommended emojis are shown in a row of top of the words being suggested. For example, if the user types “school”, it will predict school bus and other similar emojis. The suggested emojis change as the message is typed out. This will make the process of searching for the right emoji to add to a message much simpler and faster. Swiftmoji takes cues from the Swiftkey app which uses artificial intelligence to provide you with personalized predictions. 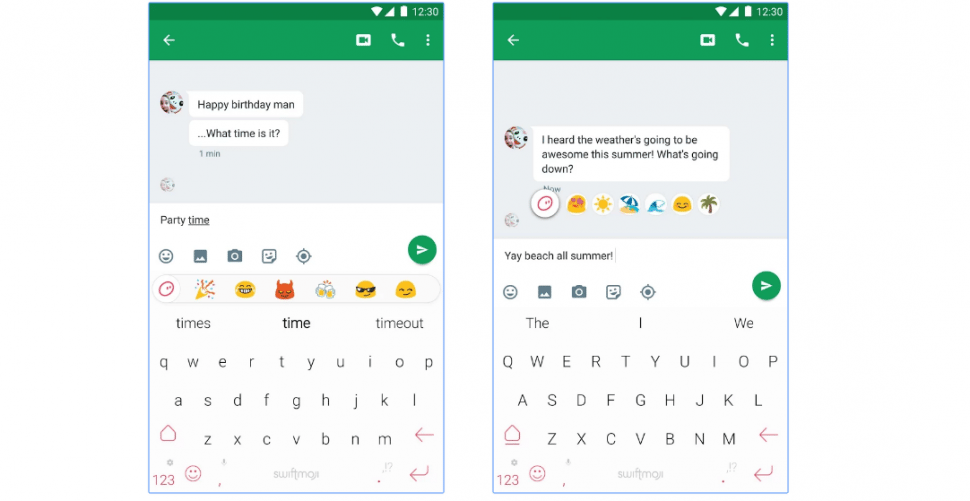 Other Features of App

The keyboard makes the process of adding emojis to the conversations quicker. In addition to emoji predictions; the keyboard also offer word suggestions, customize your keyboard size, turn on/off other features such as autocorrect, auto space prediction, and more. The app is still in the testing phase and Swiftkey is inviting users to sign up for the program. Though SwiftKey has a feature that suggests emojis but there is no dedicated row for the emojis as they are included in the row just like the word suggestions. 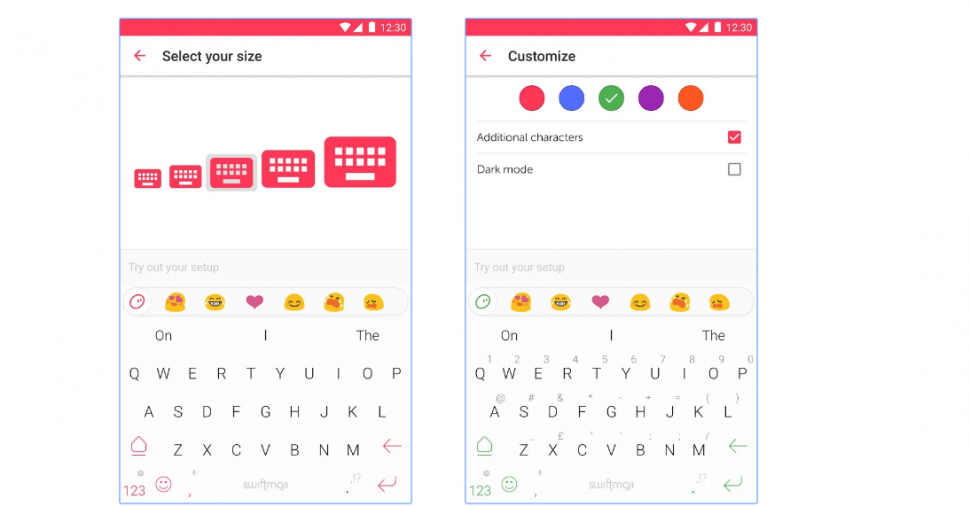 The app has launched into a private beta test on Google Play and according to SwiftKey, only a small number of people will be accepted into the beta. If you join the beta testing program for Swiftmoji and download the app, you will see a normal QWERTY keyboard at first. The feature that differentiates it from other keyboard apps is that there is a topline of emoji, depending on the words you type. It will predict emojis according to the word you type just like auto-predict functions that most virtual keyboards have.

Some useful insights about Swiftmoji:
Cost: Free
Publisher: Swiftkey
Requires Android: 4.1 and up