Meizu is an emerging brand in the arena of smartphones. It is well-known for offering affordable range of smartphones with pleasant designs. It gives direct competition to Xiaomi which also continues to lure customers with its offerings. Meizu M3 is the latest smartphone announced by the Chinese company. the smartphone is now available for pre-orders in China and is priced at CNY 599 for 2GB RAM/16GB inbuilt storage and CNY 799 for 3GB RAM/32GB of inbuilt storage. Let’s check out its features:

Meizu M3 features a 5-inch HD display with resolution of 720 x 1280 pixels with pixel density of 296ppi. It features a moulded polycarbonate body and will be available in Gold, Grey, White, Blue and Pink color variants. As far as the cameras are concerned, it comes with 13MP rear camera with an f/2.2 aperture, LED flash and phase detection autofocus. There’s a 5MP camera on the front with an f/2.0 aperture. 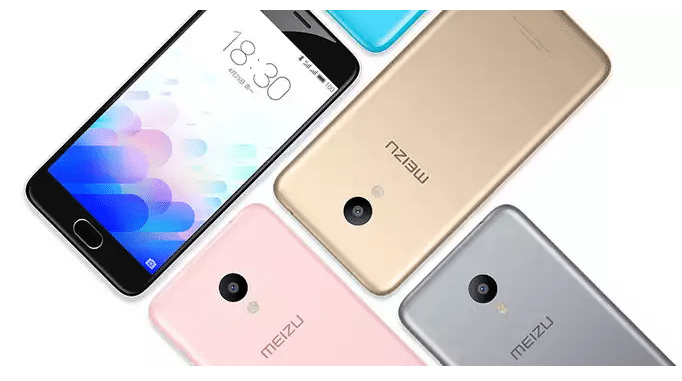 It is powered by an octa-ccore MediaTek MT6750 SoC coupled with 2GB or 3GB of LPDDR3 RAM. The chipset houses a quad-core Cortex A53 cluster clocked at 1.5GHz and another quad-core Cortex A53 cluster clocked at 1GHz. The smartphone comes with 16GB and 32GB inbuilt storage variants which is expandable via microSD card. It measures 141.5×69.5×8.3mm and weighs 132 grams. It runs on custom Flyme 5 OS, based on Android 5.1 Lollipop.

It comes with 2870mAh battery. The connectivity options include Wi-Fi 802.11 a/b/g/n, Bluetooth 4.0, GPS/ A-GPS with Glonass. Sensors on the phone include accelerometer, gyroscope, ambient light and magnetometer. The smartphone is a dual-SIM configuration with a hybrid SIM setup.

A quick look at Meizu M3:

What are your thoughts about Meizu M3? Have you used smartphones by Meizu? Share your views with us in the comments.