Extending the flagship Note series of smartphones, Samsung has launched its next phablet – the Galaxy Note 5. It is the sleekest stylus-equipped 5.7 inch smartphone and comes with a slim, shiny luster and a strong camera. It is launched in India at the premium pricing of Rs. 53,900 for the 32GB model and Rs. 59,900 for the 64GB model. It goes on sale on 20 September and will join Samsung’s other premium devices: the Galaxy S6, S6 edge and S6 edge+.

The Galaxy Note 5 features a larger 5.7 inch Quad HD Super AMOLED display with a pixel density of 518ppi. It is powered by octa-core Exynos 7420 processor with 4GB of LPDDR4 RAM. 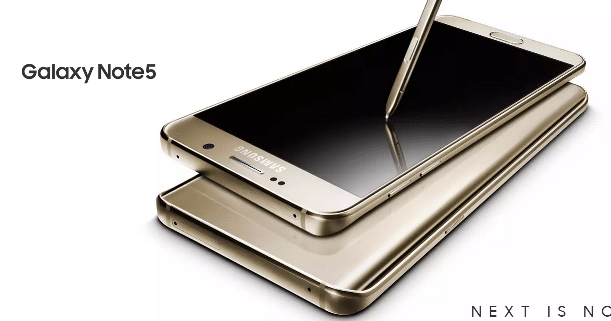 Note series have always been known for their large removable battery and expandable storage options. But this time, Samsung drops the microSD card slot and offers a non-removable 3,000 mAh battery in Note 5. The 3,000 mAh battery is seen as disappointing as the Note series is known for its long battery life. The smartphone supports wireless charging and quick charging technology which aims to offer better experience to the users. According to Samsung, the Fast Charging Technology allows the Note 5 to charge fully in roughly 90 minutes with regular wired charger or 120 minutes wirelessly. 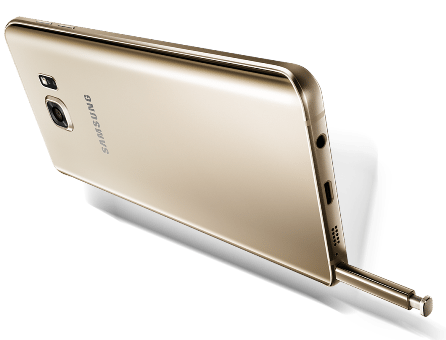 The Galaxy Note 5 comes with a 16-megapixel rear camera with f/1.9 aperture and optical image stabilization. There’s a 5 megapixel front-facing camera for selfie lovers. It comes with an interesting Live Broadcast feature that allows users to live stream video directly to a connected YouTube account. It comes with Bluetooth 4.2, Wi-Fi 802.11 a/b/g/n/ac, GPS/ A-GPS, and Micro-USB 2.0.

A quick look at Galaxy Note 5:

Overall, Samsung Galaxy Note 5 is excellent. It comes with useful upgrades compared to its predecessor. Features such as S-Pen, Scroll Capture, extended Air Command menu, virtual signatures promises better on-the-go productivity. It also features a fingerprint scanner and will be available in Black, Sapphire, Gold Platinum and Silver Titan color variants from September 20. For those who pre-order this smartphone before September 19 will get the wireless charger for free. Galaxy Note 5 will come in single-SIM variant in India.

What are your initial thoughts about Galaxy Note 5? Do you think that the smartphone justifies its premium pricing? Let us know in the comments!