Samsung has formally introduced its first watch of 2015 called Samsung Gear S2 smartwatch. With Samsung Gear S2, the company has dropped the oblong shape of its predecessor. It comes with a circular display and will be sold in three variations: standard, classic and 3G. It will be available in a modern-looking smooth metal case in silver, gray or classic black case.

Samsung Gear S2 Smartwatch comes with 1.2-inch diameter touch display with a 360×360 pixel resolution, 4GB of storage, 512MB RAM and 1GHz dual-core processor. It supports wireless charging and Bluetooth connectivity. They run on Samsung’s fledgling Tizen operating system and all models of Gear S2 will provide two to three days of battery life. One version of the watch has its own embedded 3G e-SIM card that can make calls without a phone. There is another version without 3G connectivity. Both versions support NFC and have the ability to use them as a wrist-mounted credit card. 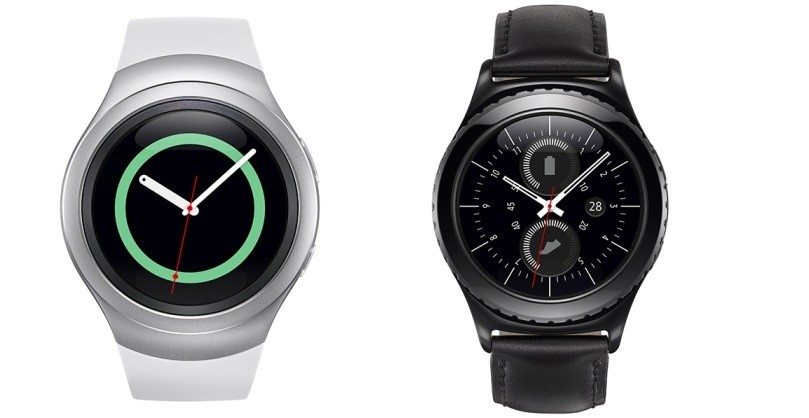 The most impressive feature of Samsung Gear S2 is the dimensions of its face. It features 1.2 inch diameter AMOLED display and the screen is significantly smaller than Moto 360. The non-3G version is 11.5mm thick, a millimeter thicker than Apple Watch. For 3G version, the depth chunks up to 13.4mm. Both versions of the watch charge wirelessly, according to Samsung.

They offer voice controls and will be powered by Samsung’s S Voice System rather than Google Now. Gear S2 looks pretty slick, especially the watch faces and user interface.

Samsung Gear S2 won’t have access to Android Wear’s increasing plethora of third-party apps. Samsung says that it will keep you in tune with your texts, calendars, email, breaking news and fitness goals. It comes with several built-in apps and the company is working with developers to expand the ecosystem of what’s available on Tizen. 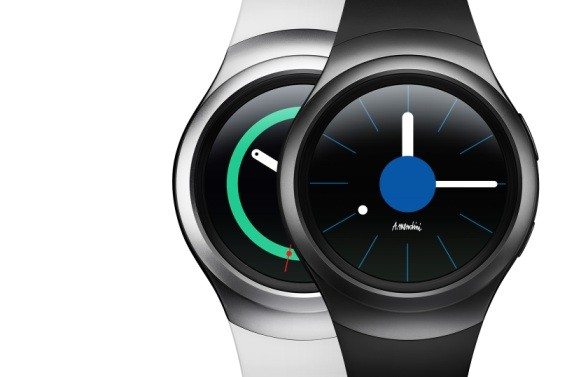 Samsung has not announced pricing, watchband and release date details yet. We need to reserve more thorough judgment until we have used Gear S2 firsthand. Several major carriers like AT & T, T-Mobile US, and Verizon have already plans to sell it.