The new feature will be a boon to users of social media networks. Buffer is the first social tool that comes with the ability to upload, post and schedule native video to Facebook and Twitter. With Buffer Video, one requires to upload video content once and that can be shared to any connected social media account like Facebook, Twitter, Google+, LinkedIn or Pinterest. Videos are supported of format MP4, mov and api video formats of up to 1GB. These videos will appear natively on every social network and Bugger will include a link to hosted web player. Users just need to drag and drop the video they want to share into Buffer and select a thumbnail image to go with it. They can also add title, message and scheduled time to publish it across all social networks. 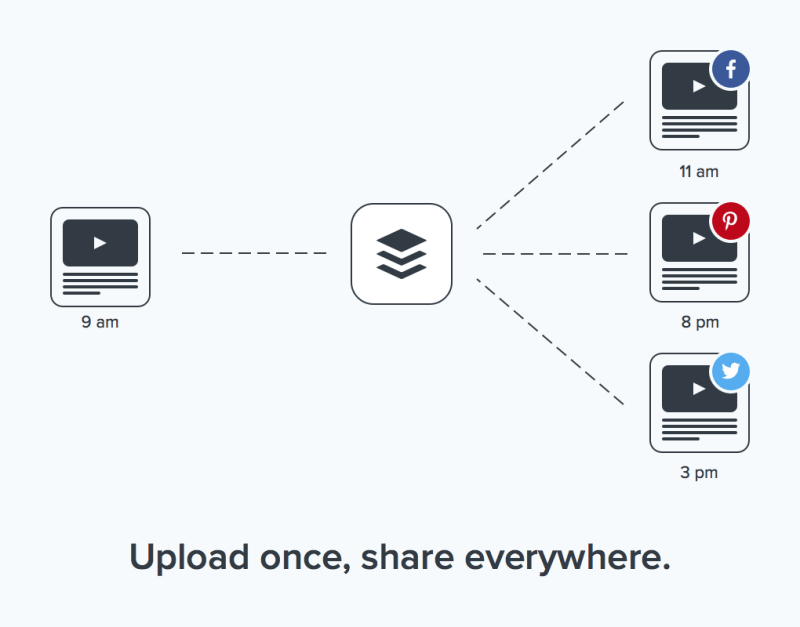 If you are posting to Facebook via Buffer, it is going to appear as native and the same goes for Twitter. If you have a file that’s longer than 30 seconds for Twitter publishing, then Buffer will display a link back to its own player. Google+ will also have a native feel to the videos posted via Buffer video. For Pinterest and LinkedIn, you will get a link that will direct viewers to the video content. Buffer has also included analytics to display metrics like likes, shares, and comments.

The new feature is available for free and the company is also working on bringing this feature to the mobile apps.

What are your views about this new feature by Buffer? Do you also like sharing video content on social media? Share your thoughts with us in the comments!