Amazon is updating its Fire Tablet lineup with the inclusion of four new tablets. These include the Fire 7, Fire HD 8, Fire 7 Kids Edition and Fire HD 8 Kids Edition.

Amazon has cut the price of its Fire HD 8 tablet by $10 and makes the upgraded model available for $79.99. It is now available for pre-order and ships in June. It features an 8-inch 1280 x 800 pixels IPS display and offers 16GB or 32GB of internal storage. The storage is also expandable via microSD card up to 256GB. 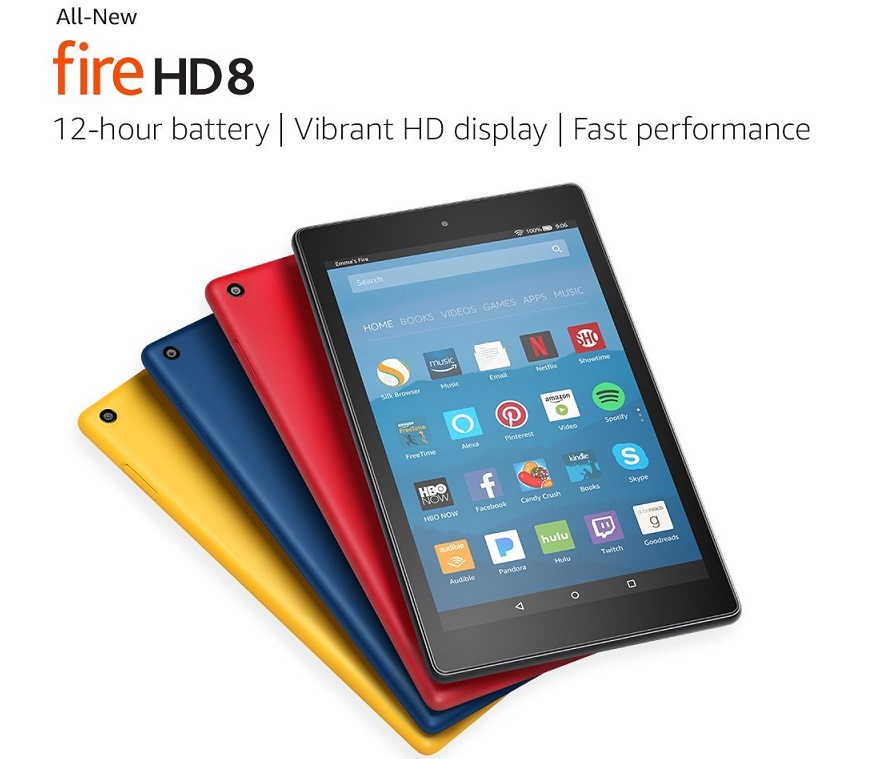 The company has also announced a new version of 7-inch Fire tablet while keeping its price low at $49.99. It is super cheap and comes with some positive changes. It features an all-new 7-inch IPS display with higher contrast as compared to its predecessor. The tablet offers up to eight hours of battery for mixed use. The storage options are the same with 8GB and 16GB modules available and one can expand the storage up to 200GB via microSD card. 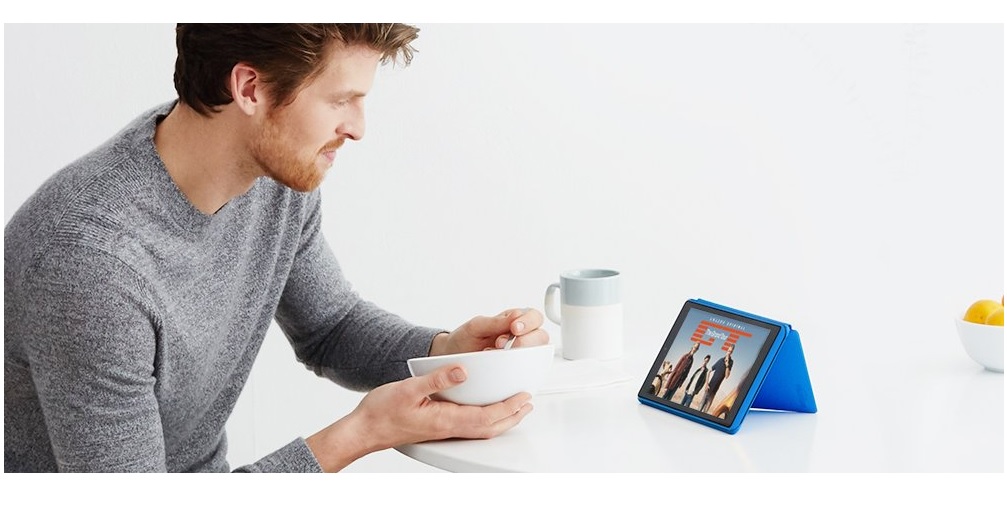 Buy Fire 7
Both versions offer a quad-core processor clocked at 1.3GHz and feature VGA-resolution front and 2-megapixel rear cameras. They come with Alexa digital assistant. Amazon also claims that both tabletsare more durable as compared to latest generation iPad in its own tests. Both are far better in tests when compared to iPad Mini 4as well.

The new fire tablet lineup also includes two new versions of the tablet for children. The Kids Edition version now includes both models of the tablet, rather than just the Fire 7. The Kids Edition devices are same in terms of hardware to the standard models. The only difference being they are supplied with a protective case and two-year worry-free guarantee. Amazon provides a replacement for damaged tablets. 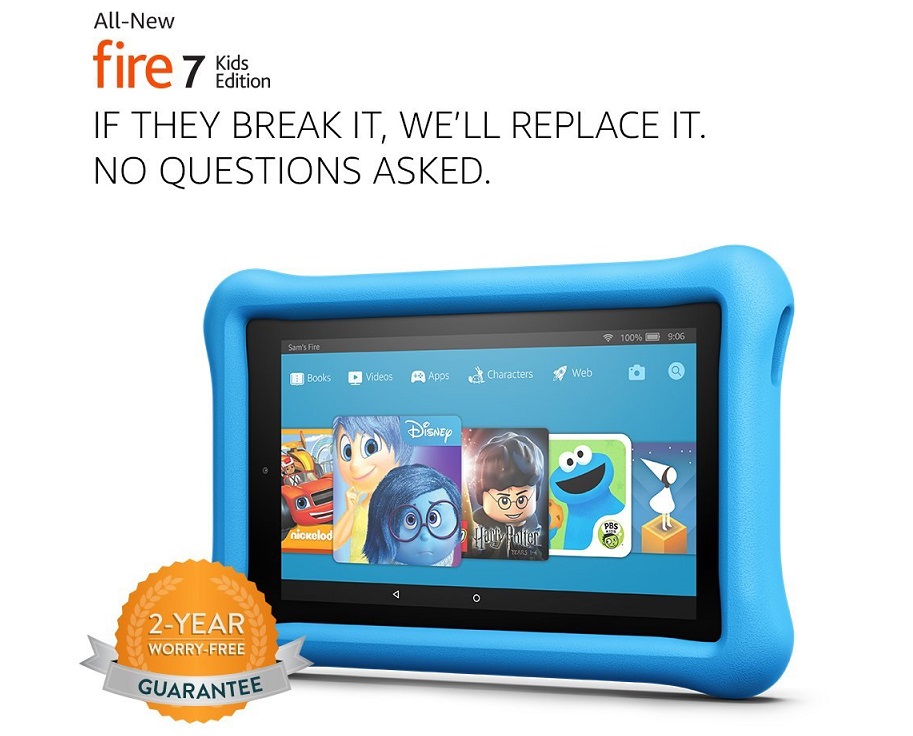 The Kids Edition also includes Parental Controls which allow adults to restrict the access of children to internet to over 55,000 age-appropriate websites and YouTube videos. Amazon also provides FreeTime Unlimited for a year. This includes access to books, videos, apps and games at no additional cost, with service priced at $2.99 after first month. 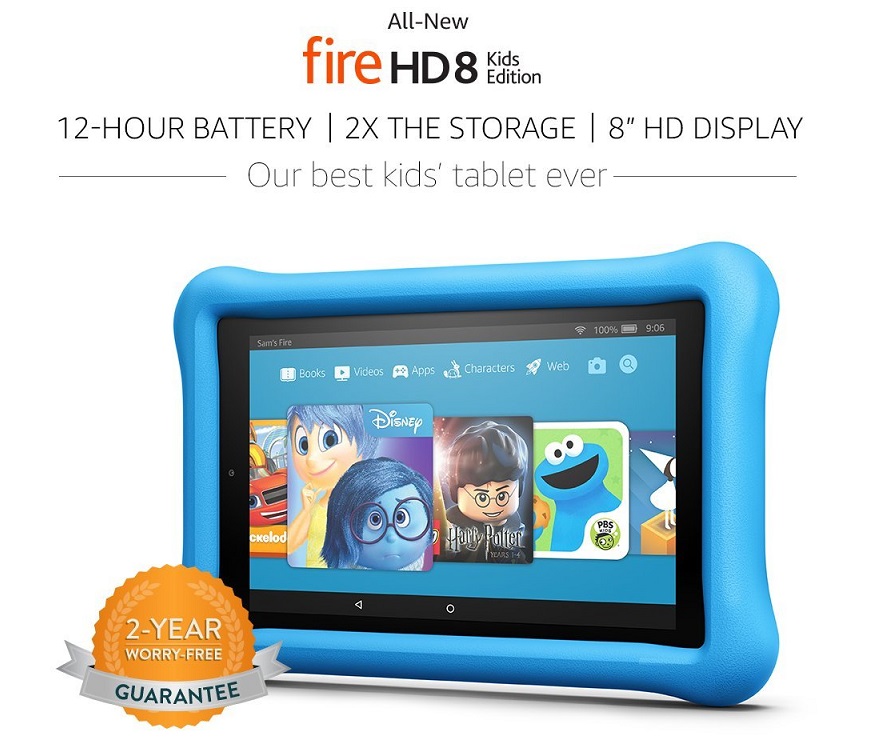 All four tablets are now available for pre-order. As a limited time offer, if you buy any three of the new Fire Tablets, you get 20% discount by using FIRE3PACK coupon code during the check out process.
For the past few weeks, Amazon is making a number of announcements. These include the new products such asEcho Show and Echo Look to expand the Alexa-based device line and now the tablet refresh.
Do you like the updated lineup of Amazon Fire tablets? Drop a comment below with your thoughts.