These days, smartwatches are becoming fashionable and trendy. They are not only limited to offering tracking features but also come with great looks. The US-based clothing and fashion accessory designer, GUESS, announces its plans to release two new Android Wear 2.0 smartwatches. Guess Connect Android Wear Smartwatches will take the form of a fully-fledged smartwatch powered by android wear operating system. The new Guess Connect models come in two sizes: a 41mm women-focused design and a 44mm with men’s look. The one designed for women comes in multiple color choices such as silver, gold and rose gold.

According to the company, innumerable combinations for display face, color and sub dials are available. It allows customers to make their own creations. Though Guess has not released a complete list of specs and features but said that over a hundred combinations are available. The men’s version will have some different watch straps such as black silicone, leather strap and many more. The women’s version will also come with its own straps and a polished bracelet. The women’s watch has crystal accents and a silver, gold or rose gold casing while the men’s watch has sport style. 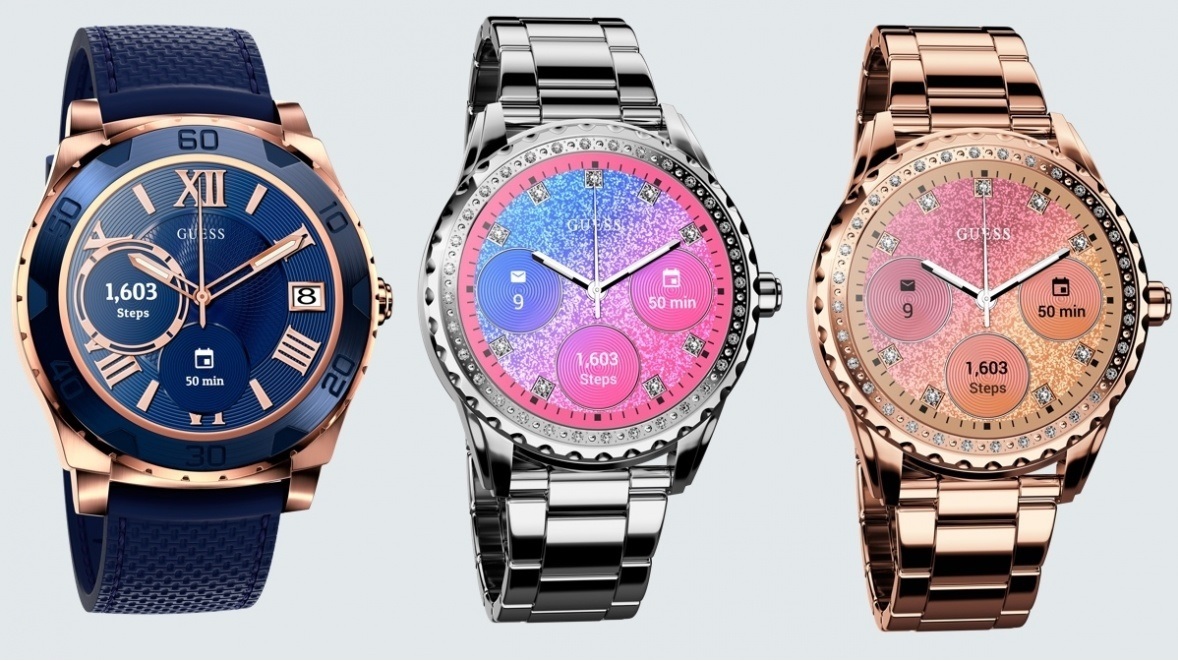 One of the key features revealed by the company is the ability to send messages directly from the watch itself. You can use a keyboard or handwriting recognition. Google Assistant is also built-in to let to answer any questions you may have and carry out various functions. Guess Connect works with both android and iOS smartphones. Android Wear 2.0 allows smartwatches to operate standalone apps without need of connecting to a smartphone. It also includes fitness apps.

Both models are expected to be equipped with Qualcomm Snapdragon Wear 2100 SoC, designed specifically for the wearable devices. The Snapdragon 2100 consists of a quad-core 32-bit CPU having four ARM cortex A7 cores clocked at 1.2GHz. It has a Qualcomm Adreno 304 graphics chip with support for OpenGL ES 3.0 and includes a Qualcomm Snapdragon X5 LTE modem. In terms of connectivity, they include Bluetooth 4.1 and Wi-Fi 802.11n.

As far as the pricing and availability is concerned, no details have been disclosed as of now. We will have to wait until the second half of 2017 when they become available for order. The complete details of the smartwatches are to be announced at Baselworld 2017, which starts 23 March.