As we have informed you earlier that Xiaomi is going to launch Mi 5 on February 24 and it has come true. The famous Chinese smartphone maker, Xiaomi, has unveiled its next-generation flagship phone dubbed Xiaomi Mi 5. At MWC 2016, Xiaomi launches Mi 5 which is the company’s first ever phone to have a global unveiling. Almost after two years of the launch of Mi 4, Xiaomi has launched its successor. The device is giving direct competition to recently launched flagship phones like Samsung Galaxy S7 or LG G5.

Let’s have a look at its features:

The Mi 5 has a 5.15-inch full HD display with resolution of 1920 x 1080 pixels and has extremely thin bezels. It comes with fingerprint sensor on the front. It is lightweight and weighs just 129 grams. The company is offering the phone in two options in respect to the build material. The Mi 5 Pro will come with a ceramic body and the base variant has a 3D glass surface. Unlike Mi 4, Mi 5 looks and feels an actual flagship phone with perfect blend of metal and glass. Xiaomi Mi 5 features a trendy curved design much like Xiaomi Mi Note. 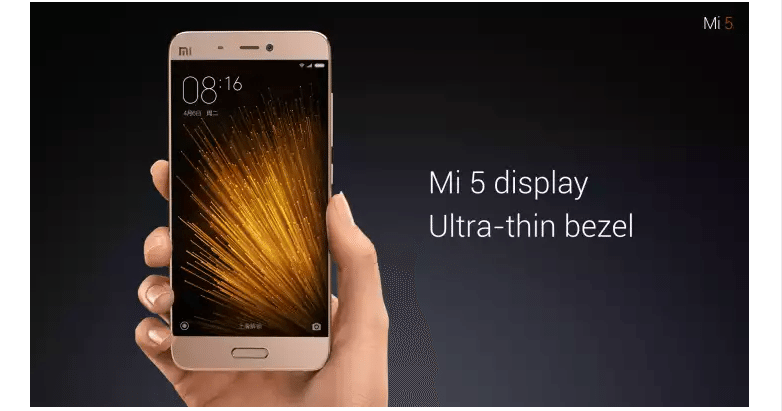 The Mi 5 measures 69.20 x 144.555 x 7.25mm and features a physical home button below the screen which is also a fingerprint sensor. Xiaomi has included the sunlight display technology that improves visibility under direct sunlight for the screen. 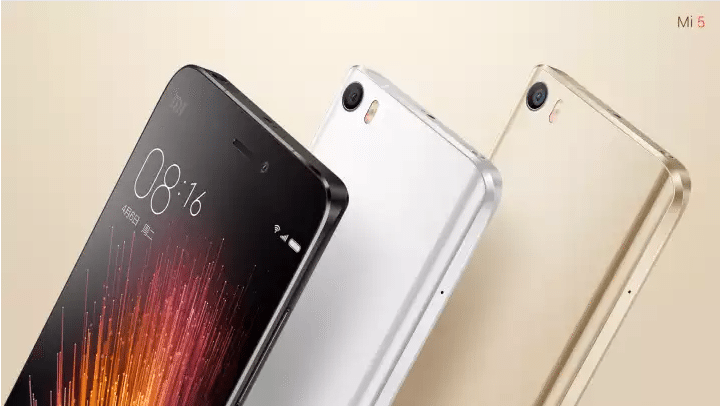 Powered by a Snapdragon 820 processor, it comes with 3GB or 4GB of fast LPDDR4 RAM. The 32GB variant has a clock speed of 1.8GHz and 3GB of RAM, while the 64GB storage variant has same amount of memory and a processor speed of 2.15GHz. On the software front, Xiaomi Mi 5 runs on popular MIUI 7 OS and is based on Android 6.0 Marshmallow. The smartphone comes with a 3,000mAh battery that supports Quick Charge 3.0 technology. This implies that it can charge your phone’s battery around 80-90% in just an hour. 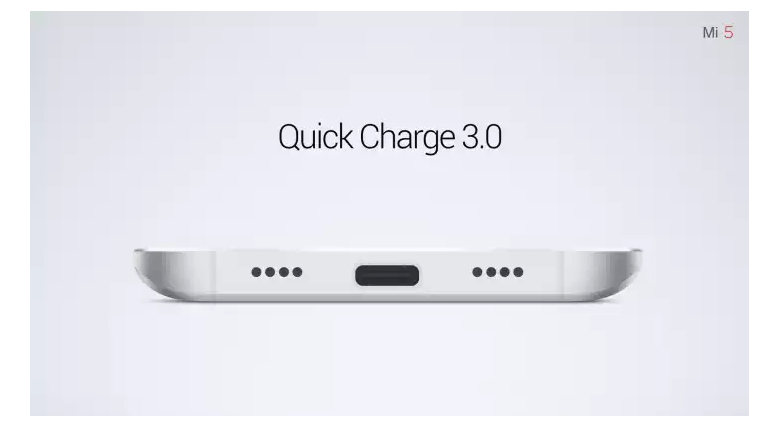 Camera is one area where the phone really excels. It has a 16MP main shooter with an aperture of f/2.0 and the Sony IMX 298 sensor. This Sony sensor comes with phase detection auto focus and deep trench isolation technology. An exciting feature is the new 4-axis image stabilization. Thanks to its powerful Snapdragon 820 chip, it can record 4K videos as well. There’s a 4MP UltraPixel camera on the front for selfies. 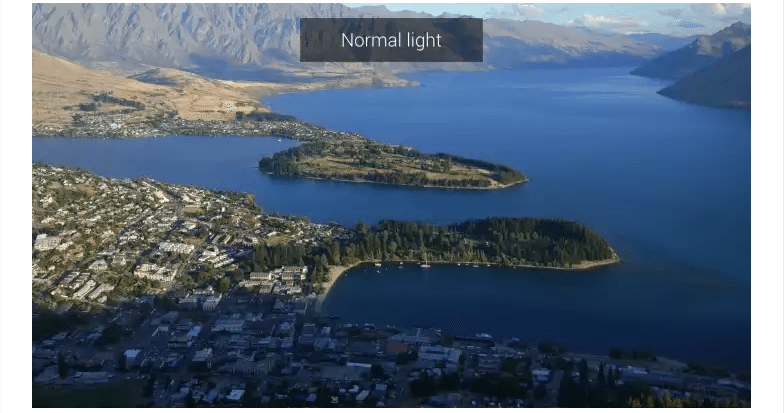 A quick look at Xiaomi Mi 5:

Xiaomi MI 5 lives up to the hype it has created with its impressive specifications and amazing features. It is worth the wait of two years. Also, the pricing is very competitive considering the capabilities of the phone.

Are you impressed with its top-of-the-line specifications at such amazing price? Share your thoughts with us in the comments.