Google Nexus 6P is the latest flagship product offered by Google. Here is the detailed review of this smartphone. Let’s check out its features.

Google Nexus 6P features an all metal design with heavily chamfered edges. The Nexus 6P is made from aeronautical-grade aluminum and there’s a fingerprint scanner and Nexus logo printed on its back. The phablet comes with an attractive and distinctive design and it also feels well built and good in the hands. The 5.7 inch quad HD AMOLED screen is one of the best available and comes with a pixel density of 518 pixels per inch.

One of the noticeable features is the fingerprint sensor on the back of the phone. It’s fast, accurate and sits naturally when holding the device. One can register up to five fingers at a time. 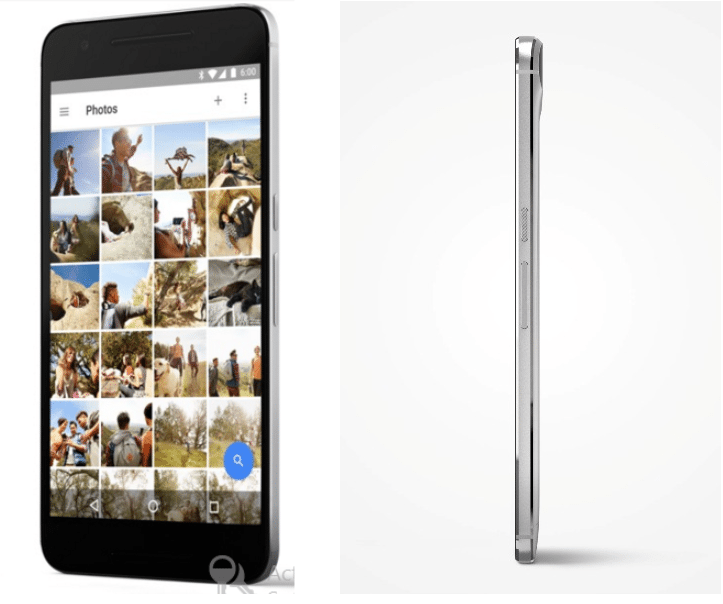 Camera for Nexus 6P is excellent. With 12.3MP rear camera, it produces great pictures and excellent color balance in good light. There’s a smart burst feature that captures a run of pictures at 30 frames per seconds and automatically selects a collection of eight includes the best shot. The 8-megapixel front camera also produces great shots with details for selfies. The video camera can take 240 frames-per-second slow motion video.

The 6P is powered by Snapdragon 810 v2.1 octacore processor and has Adreno 430 graphics. It is backed by 3GB of RAM. As it features Android Marshmallow, some new power features are included such as Doze and App Standby.
In terms of connectivity, there’s a dual-band 2×2 MIMO 802.11ac, Bluetooth 4.2, NFC, GPS and LTE. In addition to fingerprint sensor, the phone features accelerometer, gyroscope, barometer, proximity sensor, and more.

With the big screen of Nexus 6P, single handed use may not be possible always. The right hand edge has a power button and the volume rocker buttons. On the left side, there’s a nano SIM card slot. The base has the USB Type-C port and a 3.5mm radio jack is located on the top. There’s a black colored Corning Gorilla Glass protected strip housing the camera section.

It is available in silver (aluminum), black (graphite) and white (frost) with choices for 32-64-128GB of storage. There’s no microSD for adding capacity.

There’s an irremovable 3450mAh battery and Google says that it supports fast charging, giving you up to seven hours of use from only 10 minutes of charging. The official charger has a USB-C port on it and is most effective when battery is depleted.

Nexus phones stood out from the crowd for being excellent value at a low price. This flagship device is the best Android phone to buy at the moment. Though it won’t suit everyone because of its size but is good choice for its excellent screen, front-facing speakers, great cameras, quick charging and Android Marshmallow. It is also cheaper than Galaxy S6 Edge+, iPhone 6S Plus and Note 5.

Do you like the features of Nexus 6P and planning to buy it? Share your views with us in the comments.