The popular Chinese consumer electronics giant, Lenovo, officially launched the Vibe Shot in India. Lenovo has a strong international presence and has been launching a large number of phones in the Indian market and the latest to join the list is Lenovo Vibe Shot.

The main highlight of Lenovo Vibe Shot is the 16-megapixel rear camera with a six-piece modular lens, BSI sensor and a tri-color LED flash. The sensor also features low-light back illumination, Optical Image Stablization and an infrared focus feature. For selfie lovers, the device has an 8MP front facing camera. The camera has a wide angle mode, allowing one to stick up to three pictures together. The smartphone comes with a dedicated camera shutter button and a slider button with auto and pro mode. In auto-mode, the phone intuitively identifies the surroundings and tweak the settings accordingly. On the other hand, in pro mode, users get full control over the camera settings such as white balance, shutter speed etc. It also comes equipped with Optical Image Stabilsation, smart composition mode, and other editing tools to let you enjoy professional quality images. 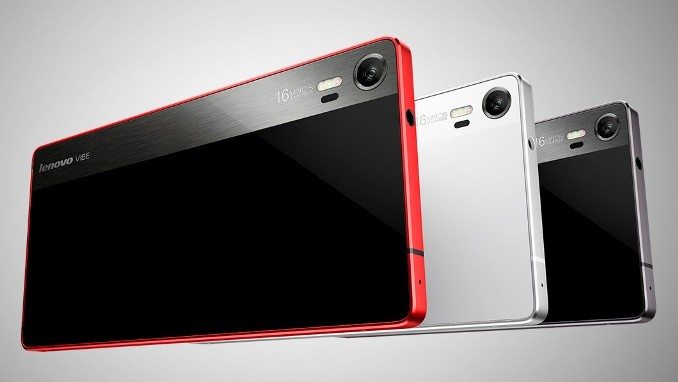 The camera of Lenovo Vibe Shot has a full-frame 16:9 low-light sensor, allowing one to shoot images in low lighting and dark interiors with ease. According to the company, the infrared autofocus feature focuses more accurately at speeds two times faster than normal auto focus.

It features a 5-inch display with a 1920 x 1080 pixel resolution along with pixel density of 441ppi. Lenovo Vibe Shot was originally unveiled at MWC 2015 in March and is now made available in Indian stores. In terms of memory, it has internal storage of 32GB which can be expanded up to 128GB via microSD card. It runs on Android 5.1 lollipop under Vibe UI and Lenovo says that it will be upgradable to Android Marshmallow.

It is equipped with Gorilla Glass to protect front and back of the device. The smartphone is powered by Snapdragon 615 chipset with a 64-bit quad-core CPU which is paired with 3GB RAM. The device comes with a non-removable 2,900mAh battery.

Lenovo Vibe Shot will be available in Grey, White and Red.

Do you like Lenovo Vibe Shot especially its camera features? Share your thoughts with us in the comments!