Yo is a new messaging app popular for iOS and android users and now Yo has officially been released for Windows Phone. For those Windows Phone users who missed the Yo frenzy for past few daysm can now make use of this messaging up. It is quite different from other messaging apps such as Viber, WhatsApp or Line. Yo Messaging App focuses on only one form of communication – “Yo.” This functionality is quite similar to Facebook’s ‘Poke’ feature.

“The past few weeks have been incredible, with millions of users discovering how simple it can be to stay in touch with just with a Yo,” said Or Arbel in a statement. “We are going to keep bringing that experience to as many users as possible and the new version is an important step in that direction.”

What does Yo Messaging App do?

Choose a username; add your contacts and then you can send messages to each other containing the word “Yo”. So, when you want to communicate with someone, just tap on the contact name from the list and they will receive a notification saying simply “Yo” along with an audio alert of the word being spoken.

The popularity of this free Yo Messaging App has risen immensely. Yo can be used to do more than just say “Yo” to friends, depending on the context of who is sending the message and why. 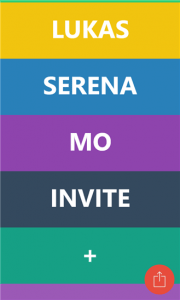 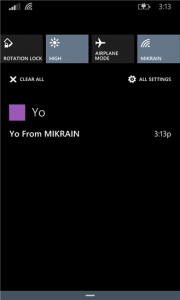 According to the developers,

Yes, it is quite weird to have communication with only one word, but this is how Yo Messaging App works.

Yo Messaging App sets a good example of a smart idea wrapped inside of some silly branding, but this could be an issue for its longevity. We are glad that the developers have released a WP version of the app. This also proves of the growing impact of Windows Phone Platform.

Download Yo Messaging App in the Windows Phone Store today and get indulged in the Yo craze.