Google is introducing a new tablet called Pixel C tablet, powered with Google’s Android operating system. It is likely to compete with Microsoft’s Surface and Apple’s iPad Pro. They also transform into laptop-like devices with addition of keyboard. The new Pixel C is a 10.2 inch tablet with USB-C and runs Android 6.0 Marshmallow.

Like the Chromebook Pixel, it is designed completely in-house by Google and runs on Android rather than Chrome OS. Though it does not run Chrome OS, but inherits the design and build quality of the Pixel line. The Pixel C tablet looks promising with interesting range of features. It comes with a resolution of 2560 x 1800 which equates to a pixel density of 308ppi. It’s an all-aluminum silver laptop with minimal squared-off design. 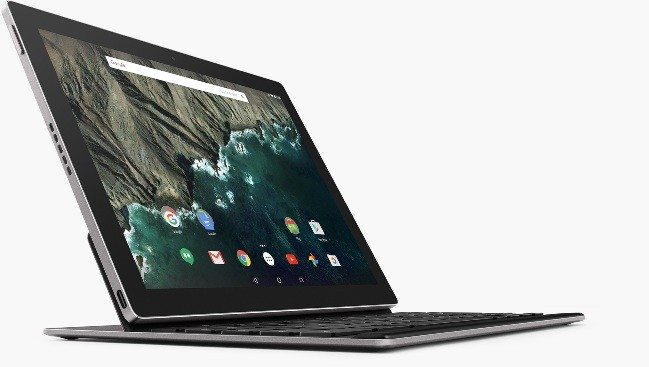 The flagship feature of Pixel C Tablet is the detachable keyboard accessory which attaches via magnets for a full QWERTY typing experience. This high-end device has been designed with productivity in mind. The keyboard attachment charges automatically when closed over the device. Though there’s no kickstand, it can be adjusted between 100 to 135 degrees. The keyboard and tablet communicate via Bluetooth. Andrew Bowers, a Google Product Director, said, “There’s no kickstand, “I can hold it by the tablet, I can hold it by the keyboard, I can hold it upside-down.” Pixel C Tablet comes equipped with an Nvidia X1 processor and 3GB of RAM.

The aspect ratio of the tablet is the square root of two, and that’s pretty much accurate as 2560/1800 is around 1.42. In laptop mode, you can hold the device by either end. When you want to separate the tablet and keyboard, bend laptop beyond 180 degrees. The physical keyboard links to Pixel via Bluetooth. The tablet inductively charges the Pixel C’s keyboard when closed.

Pixel C features stereo speakers on either side of screen and four microphones to power Android voice interactions. It includes USB Type-C for charging.

The $499-and-up Pixel C will sell along a connected keyboard. Keyboard will be sold separately for $145 and it attaches to the tablet magnetically. So, that’s $649 if you are going all in. it will be available on sale in time for the holidays.

Share your thoughts about Pixel C tablet in the comments!